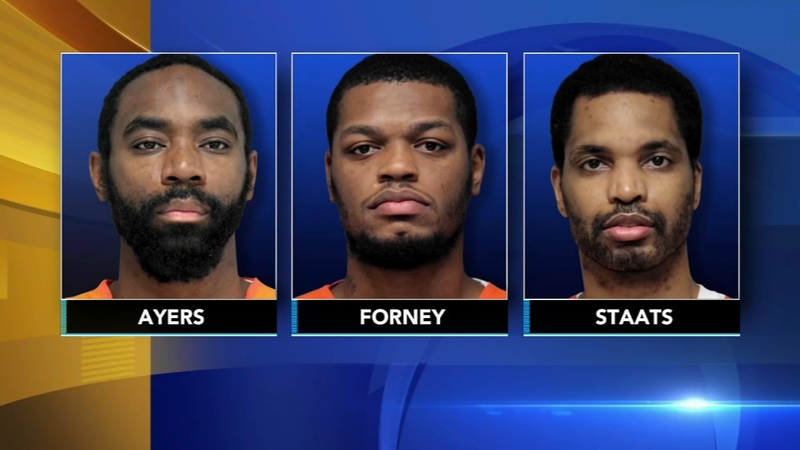 Verdicts handed down in death of Delaware corrections officer

WILMINGTON, Del. (WPVI) -- One of three inmates on trial for a deadly Delaware prison riot has been found guilty of murder.

Deric Forney was found not guilty on all charges.

The three are among 18 inmates charged in the uprising and killing of Lieutenant Steven Floyd at the Vaughn Correctional Center in Smyrna in February 2017.

Delaware Department of Corrections Commissioner Perry Phelps offered the following statement in response to the verdicts:

"The DOC family will never be the same, but the news today is a long-awaited step toward healing and closure. We extend our most sincere gratitude to the members of the jury who put their lives and families on hold to thoughtfully listen to and evaluate the evidence presented to them. We are grateful for the efforts of the Delaware State Police and the Department of Justice who successfully and tirelessly pursued justice on behalf of our fallen officer. The DOC is and always will be: One Family, One Team."

The others will be tried at a later date.