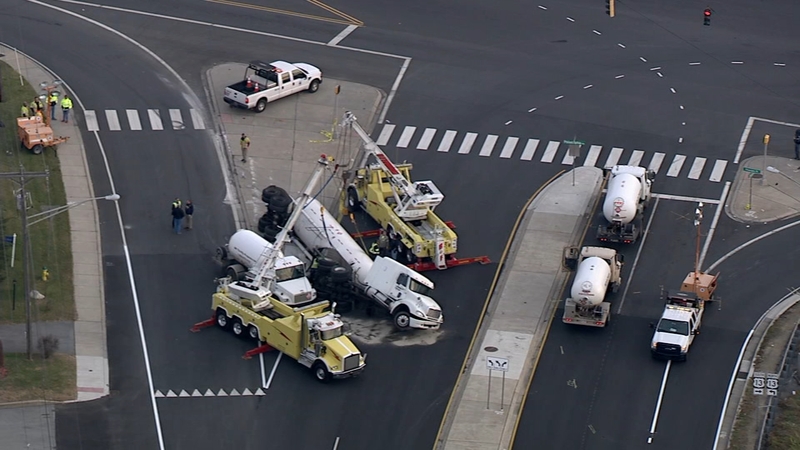 CLAYMONT, Del. (WPVI) -- The driver of a tanker hauling propane has been cited for careless driving after the big rig overturned on a busy road in Claymont, Delaware.

Police say the driver of the tanker lost control while making a turn from Philadelphia Pike onto Naaman's Road.

The truck, which was carrying 9,332 gallons of liquefied propane, rolled onto its side

The driver was able to get out of the vehicle by himself and was not hurt.

No propane leaked from the tank.

Police shut down the intersection as road crews and a hazmat team arrived.

Using a tow truck, crews were able to right the tanker and began off-loading the propane to another tanker.

The intersection remained shut down for hours as the off-loading process continued.

The road was back open in time for the Tuesday morning rush hour.

Police say the driver has been cited for careless driving.