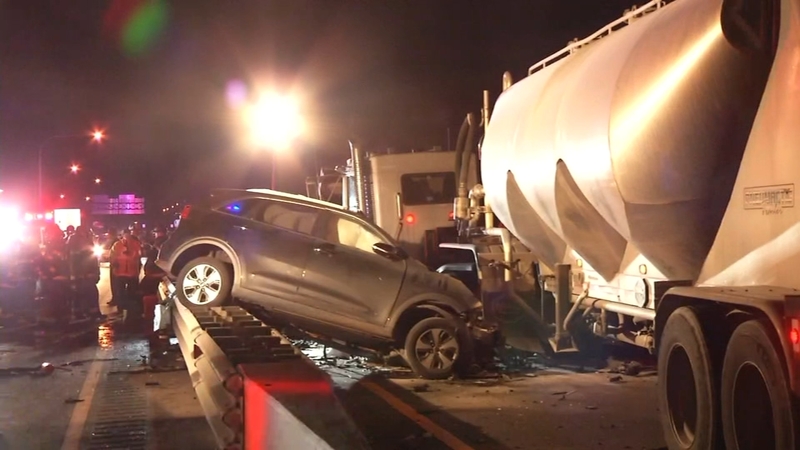 It happened around 1:30 a.m. Friday in the northbound lanes of Route 1, approximately 1 mile south of U.S. 40 (Pulaski Highway).

Police say the driver of an SUV was apparently driving the wrong way when the vehicle collided with the truck head-on.

The driver of the SUV, identified as a 29-year-old man from Wilmington, was ejected from the vehicle, and pronounced dead at the scene. Police say he was not wearing a seat belt.

The driver of the tanker truck was not injured.

Route 1 was closed in both directions for almost seven hours.