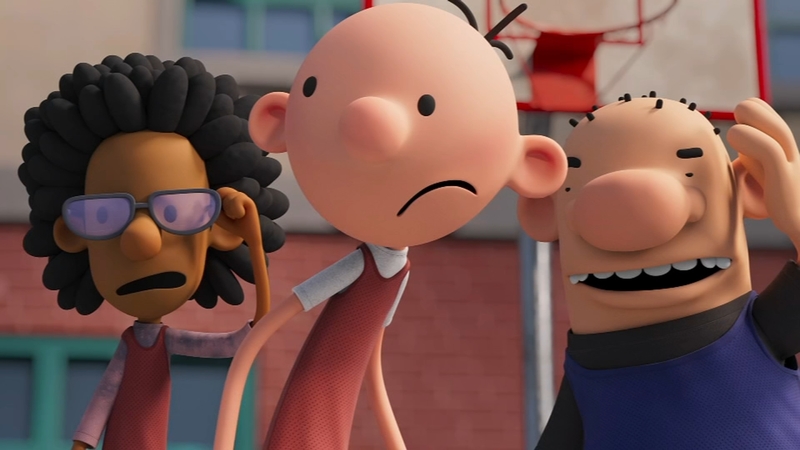 'Diary of a Wimpy Kid' now streaming on Disney+

PHILADELPHIA (WPVI) -- Streaming now on Disney + is the new film "Diary of a Wimpy Kid."

The animated family comedy is based on the book series of the same name and Brady Noon from Forked River, Ocean County voices the main character, Greg.

"Diary of a Wimpy Kid" has remained timeless for nearly two decades because it truly captures that rite of passage that comes with middle school: the changes, the teasing and the transition out of childhood.

Now, it's gone from page to screen in a new film that brings us all back to that awkward, yet critical, moment in time.

Author and cartoonist Jeff Kinney first introduced us to Greg Heffley and his diary 2004, inspired by his own school days.

"I was a kid with lots of flaws," Kinney laughed. "I wanted to create a character that kids could see themselves in, and maybe even they could feel a little bit better than him."
Noon says he believes everyone will see themselves in Greg's journey.

The teen still lives in Ocean County and remembers clamoring for the books back in 3rd grade.

"Every library day my friends and I would rush in and try and get the new book or an old one that we haven't read yet," he said. "The 'Diary of a Wimpy Kid' books were the most sought-after things in our in our school."

Kinney published 16 books in the series. In this film, his very first one jumps off the page and onto the screen in a unique way.
"It's almost a little bit like anime," Kinney explained. "In some ways it's almost like emojis are acting, because they're really simple shapes."

Simple, with a powerful message.

"Greg teaches us to never take for granted your friends," Kinney said. "You don't need a lot of friends, just a couple that are good to you."

"Diary of a Wimpy Kid" is streaming now on Disney+.