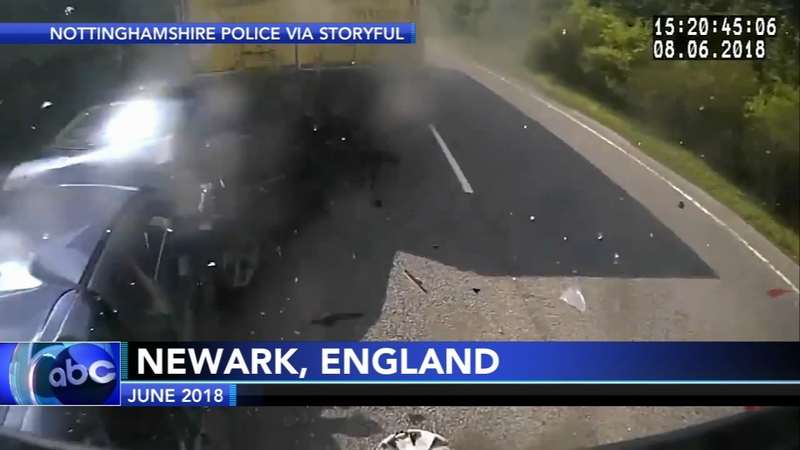 NOTTINGHAMSHIRE, U.K. (WPVI) -- A court in the UK has sentenced a 65-year-old truck driver to 18 months in prison and given him a 29-month driving ban, Nottinghamshire Police said on November 10, after the man was found guilty of dangerous driving causing serious injury.