Donald Trump made a surprise stop at a Montgomery County Wawa store on Tuesday.

Trump briefly visited the Wawa in King of Prussia. He stopped by after a speech attacking President Barack Obama's health care overhaul.

The Republican presidential nominee wandered the store for a few minutes and posed for selfies with a trio of customers. He did not purchase anything.

He was joined by staffers, his daughter Tiffany and campaign manager Kellyanne Conway.

Trump has made several recent stops in the Philadelphia suburbs, a vote-rich area crucial to winning Pennsylvania.

The Republican's campaign has doggedly tried to win the state, but has consistently trailed in the polls. Pennsylvania last went for a Republican presidential candidate in 1988. 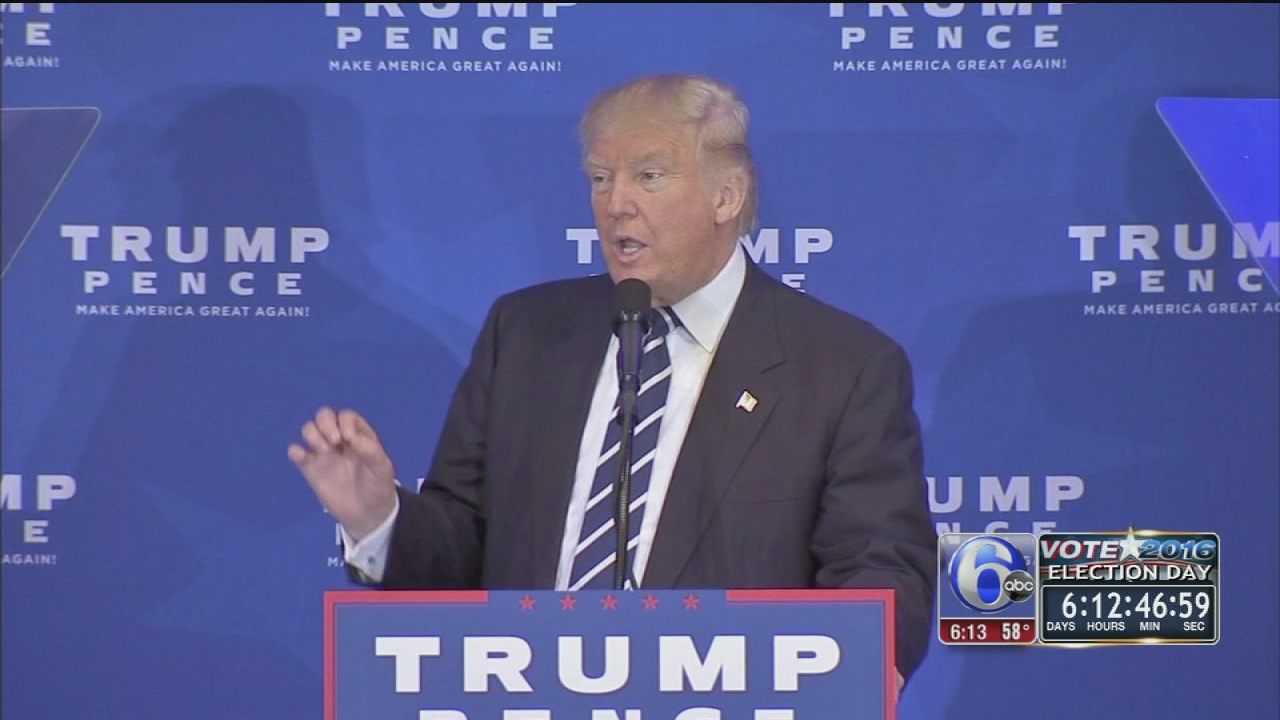 Trump and Pence campaign in King of Prussia, focus on healthcare