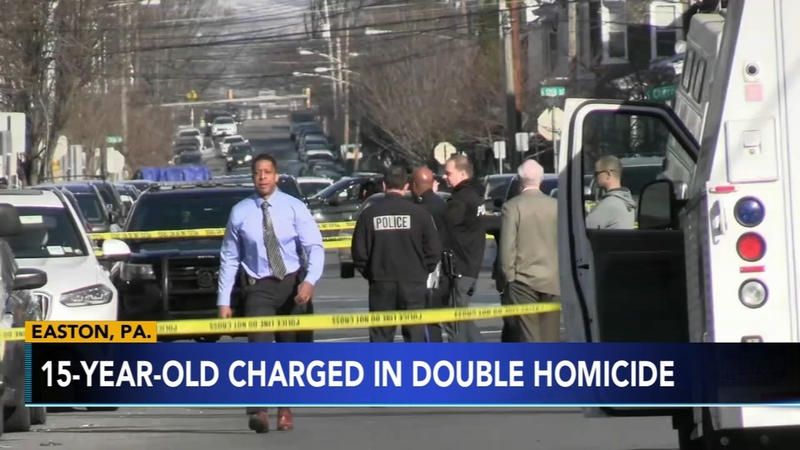 EASTON, Pennsylvania (WPVI) -- Police in Easton, Northampton County say a 15-year-old is facing charges in a double homicide that occurred earlier this month.

Jayden Luis Denizard, 15, is charged with Criminal Homicide, Attempted Homicide and other crimes in the March 14 shooting. Denizard is charged as an adult, police said.

Altajier Kyell Robinson, 20, was arrested earlier this week on the same charges.

According to police, officers from the Easton Police Department responded to the 1300 block of Washington Street just before 4 p.m. for a report of shots fired.

When officers arrived, they found a 17-year-old male in the drivers seat of a white BMW SUV. The victim, later identified as D'Andre Snipes, had been shot and died at the scene, police said.

A second victim, identified as 18-year-old Kavan Figueroa, was also shot. Police said he was taken to a nearby hospital where he later died.

The investigation is ongoing and anyone with additional information is asked to contact police.