Stranger drops off coffee can full of coins, cash to Doylestown family in need 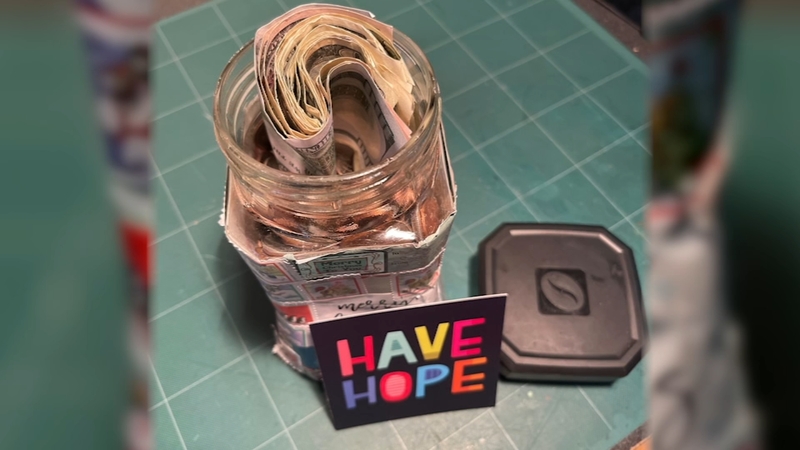 Stranger gifts coffee can full of money to Bucks Co. family in need

DOYLESTOWN, Pennsylvania (WPVI) -- It's not every day a stranger drops off a coffee can filled with cash and coins at your front doorstep.

Now, a Doylestown family is hoping to track her down to say thank you.

"The doorbell rang and I go to the door and there's a woman. And she says, 'Are you the people trying to get the wheelchair?' And I said, 'Yes!' And she just handed me this bag," recalled Jane Sebesky.

That woman, who was wearing a medical mask, then walked away and was never to be seen again.

Inside the bag was something neither Jane nor her husband Kevin Sebesky could imagine.

Drowning in medical costs, their kids started a GoFundMe to raise money for a power wheelchair and transport van.

And with all the generosity they've already received, the couple says they never imagined this.

"When we found out what this was, I think Jane and I both started crying," said Kevin.

They hope the kind stranger sees this and hope to be able to thank her in person.

"God bless you," said Kevin. "And thank you - not just for the money. The money is great, but it's that selflessness to give and not want anything in return. It's the ultimate gift."

The family says once they track down the good Samaritan, they hope to use the money towards a transport van, as Kevin already got his wheelchair.