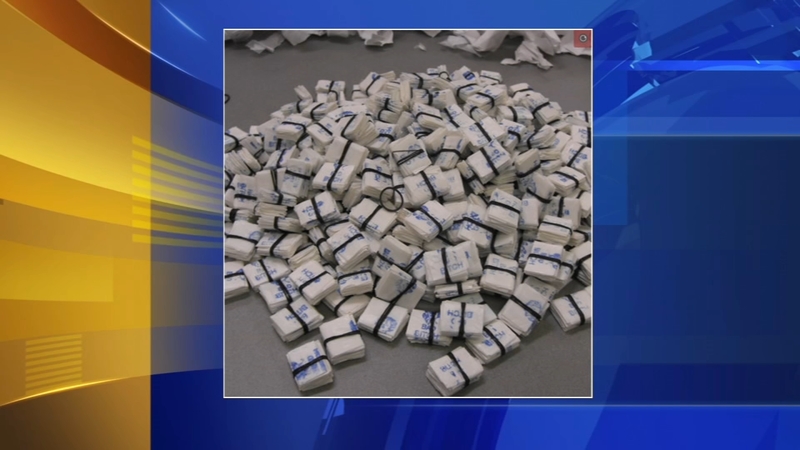 BENSALEM, Pennsylvania (WPVI) -- More than 5,000 bags of heroin are off the streets of Bucks County following a major drug bust, the district attorney's office said.

Two suspects are behind bars following the undercover operation in Bensalem Township.

Winston Frias-Moya, 31, and Adalberto Villalona, 43, both of Philadelphia, were charged Wednesday with possession with intent to deliver heroin, dealing in proceeds of unlawful activities, criminal conspiracy and other counts related to the possession and sale of narcotics.

According to officials, the men sold covert officers 5,050 bags of heroin on two separate occasions.

Investigators said the drugs were worth approximately $13,000.