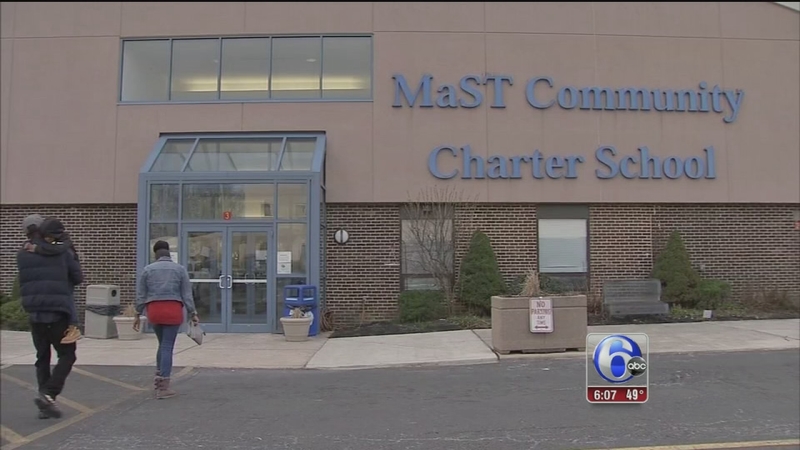 SOMERTON (WPVI) -- Many were hoping to win the lottery Tuesday in the Somerton section of Philadelphia.

But the prize was not a pile of cash, rather a shot at giving their children a good education.

Over the years MaST Community Charter School has earned a solid reputation, driven by its award-winning math and science programs.

"The kids, it's their place, so if there's an idea they want to do here and we can make it happen, if we get that feedback, then we try to make it happen. We're always looking futuristically at what's coming next in education and what's current in the economy," MaST CEO John Swoyer said.

The school held its annual entrance lottery. The crowd represented just a portion of the 9,190 applications submitted for only 96 open spots.

Swoyer says it's tough because he truly takes no joy in turning anyone away.

"The success is great, but we wish we could have more opportunities to offer kids a great education," Swoyer said.

There are only two requirements to get in.

You must live in Philadelphia and you need a whole lot of luck.

Still, his kids did not get in.

"It's a fair system, they do a lottery. It is what it is. I have four kids, we'll just keep trying," O'Brien said.

And O'Brien was certainly not alone.

With so many applicants and so few openings, most of the parents left disappointed, but still hopeful.

"I want [my daughter] to have the best and we were hoping here. If not here, then we will try somewhere else, from there college and maybe to doctor," Bob Walton of Somerton said.

However, there is another chance.

There is a second MaST school located in Lawncrest. Right now, it's kindergarten through third grade, with a plan to eventually make it through 12th grade.

The lottery for that school is scheduled for March 7.