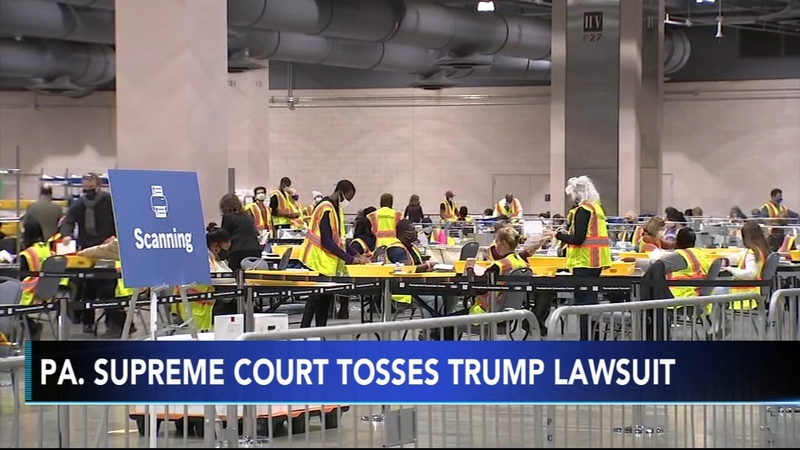 PHILADELPHIA -- The Pennsylvania Supreme Court has ruled against the Trump campaign in a case centered on whether election officials provided campaign observers "meaningful" access to monitor the counting of mail-in ballots.

The court, on a vote of 5-2, found that election officials followed the law in providing the Trump campaign sufficient access to the opening of mail-in ballots. There are simply no requirements that say how close the observers need to be placed to watch the process, the court found.

Without using Biden's name, Trump tweets that "he won," something Trump hasn't said before publicly.

"These provisions do not set a minimum distance" for observers to watch the process, Justice Debra Todd wrote for the majority. "The General Assembly, had it so desired, could have easily established such parameters; however, it did not."

And even those dissenting were not partial to the Trump campaign's argument. In his dissenting opinion, Chief Justice Thomas G. Saylor wrote that the campaign's request to cancel large numbers of ballots "based on isolated procedural irregularities" was "misguided."