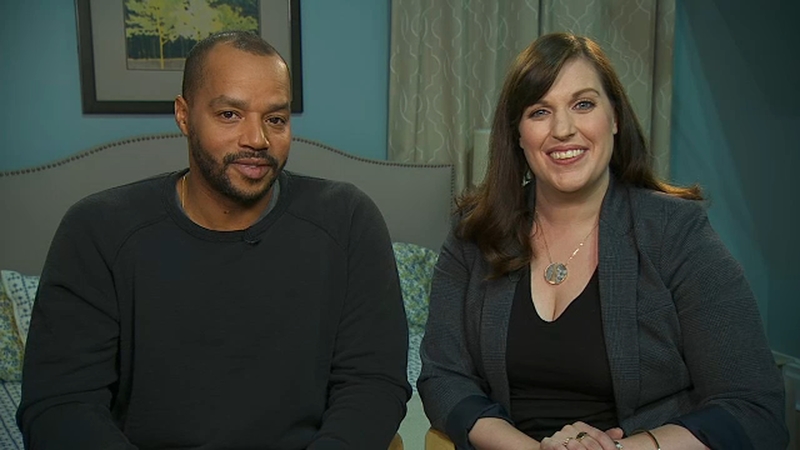 They are a recently divorced couple who share a teen daughter. Jo and Alex quickly find themselves wrapped up in a mystery after a plane crashes in Southold, Long Island. Jo also happens to be the police chief. A little girl is found unhurt but near the wreckage and then a series of strange things begins to unfold.

Tolman and Faison took some time out at their set in New Jersey to talk about the show and playing a formerly married couple.

"We'll learn more about that as the episodes come in," Tolman said.

Despite playing a divorced couple, there's a lot of love between them and of course for their shared daughter.

They find that they are bonding together in protecting their family as they try to keep "Piper," the girl found at the beach, safe.

Off-camera, they're really a big happy family as well.

"We all really like each other, we enjoy working together, it's a cast full of really talented, funny people who are doing this sci-fi genre drama," Tolman said. "And, it seeps into our days on-camera and off-camera and it makes for a really fun set, we just enjoy each other."