Man helps deer from drowning in his backyard pool 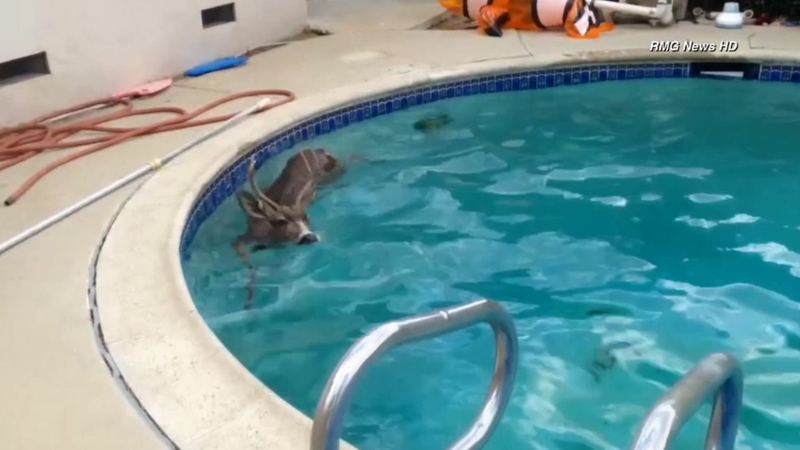 ENCINO, Calif. -- California homeowner Eric Munn made a startling discovery in his backyard - a deer swimming around in his pool!

"As I tried to corral it, he then went over my fence and into Eric's backyard," Rubin said.

Munn, Rubin and another neighbor pulled the cover off the pool and freed the deer. After several minutes of swimming, the deer managed to pull itself out of the water.

Rubin says he was clearly frightened so they tried to keep him calm.

"I wound up really talking to the animal for about 45 minutes to an hour to calm him down," Rubin said. "I said, 'You're going to get out of this.' I sang a few songs."

The deer stayed in Munn's yard for nearly an hour before it left and made its way to another yard, where fish and wildlife officials arrived and tranquilized it.