WPVI
By by Digital Producer Brock Koller
PHILADELPHIA (WPVI) -- It's one thing to see your favorite singer in concert, it's another thing to actually to meet him.

Jaxson is a huge Shawn Mendes fan. But the 7-year-old from South Jersey wasn't expecting to go see the pop star when he was in Philadelphia Wednesday night for Q102 Jingle Ball at the Wells Fargo Center.

In fact, he wasn't expecting to go to the concert at all.

That all changed when his parents surprised him with tickets - and it was all caught on camera.

Jaxson's parents surprise him with tickets to see Shawn Mendes at the Q102 Jingle Ball.

In the video, Jaxson is so overcome by emotion; he can't stop crying happy tears over finding out he is going to the show.

It didn't take long for Shawn Mendes to discover Madi's video of Jaxson and respond, "Is he at the show tonight!!!! How do I meet him!!!!"

From there, Shawn tracked down Madi and sent her a direct message on Twitter - which led to them setting up a meeting between Jaxson and the 18-year-old singer from Toronto.

Of course, Madi had to capture Jaxson's reaction of finding out this news, too.

Jaxson is all smiles and giggles when reading the interaction between his sister and Shawn.

Jaxson reads Shawn's message: "I'd love to meet you and your brother."

Jaxson learns he is going to meet Shawn Mendes at the Q102 Jingle Ball.

When it looks like her brother can't believe what he just read, Madi makes it clear, "You're meeting him!"

With that, Jaxson lets out a big yell followed by a big smile.

There was no crying this time, but some more shrieking in excitement.

Madi tells Action News Shawn Mendes is like a role model to her younger brother.

"He loves him because he is a down to earth person. Jaxson loves to sing and looks up to Shawn," Madi told us.

Then came the moment of truth - Jaxson meeting Shawn.

And, of course, it was captured on camera. 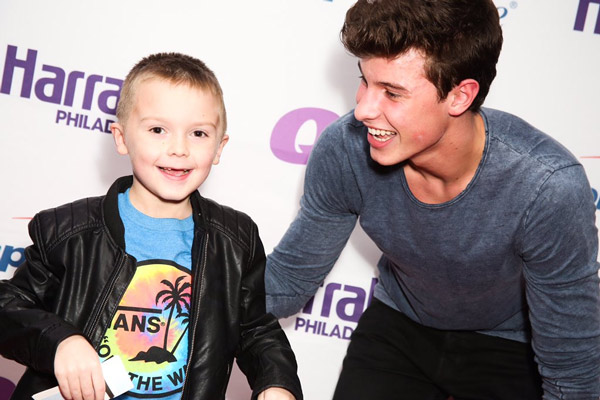 Jaxson's mother and sister, Madi, were there to witness the memorable moment. 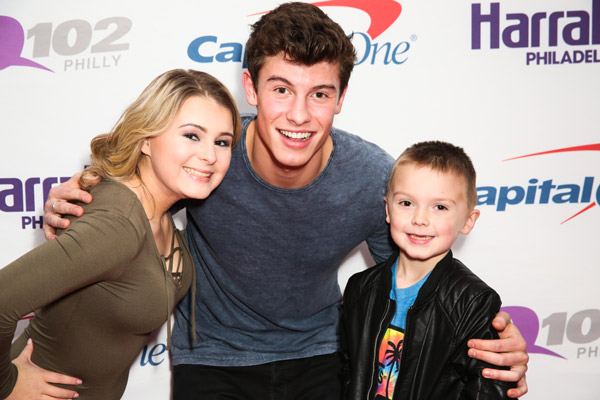 And there's not a better treat for this 7-year-old than meeting his favorite singer.

And it's safe to say, it was a treat for Shawn Mendes to meet his biggest fan, too.
Related topics:
arts & entertainmententertainment
Copyright © 2020 WPVI-TV. All Rights Reserved.
More Videos
From CNN Newsource affiliates
TOP STORIES