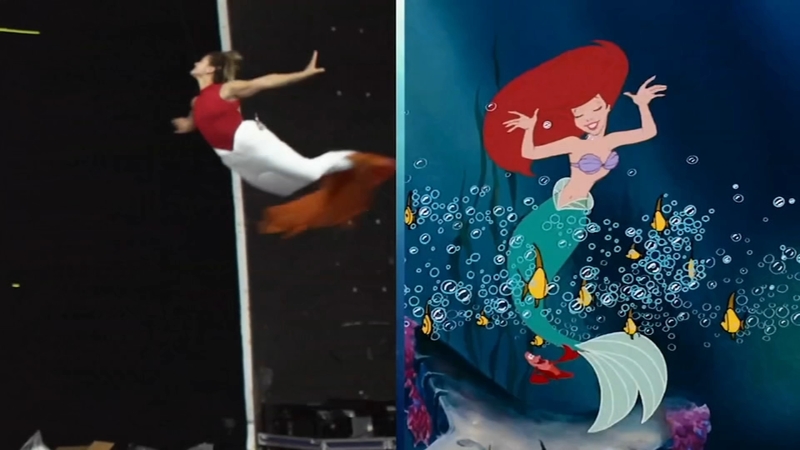 Tuesday night on 6abc, it's a first of it's kind musical spectacle as Disney presents The Little Mermaid LIVE.

To celebrate the upcoming 30th anniversary of the iconic animated film, Ariel and friends are now coming to you in live action.

Some of the biggest stars in Hollywood have been working hard putting the finishing touches on this production, including one young woman whose already a bit of a household name, especially for fans of Disney princesses.

Swimming into the iconic role of Ariel is Auli'i Cravalho.

She is no stranger to Disney films, as this is her second starring role as royalty. Her first? The voice of Moana.

"It's a real blessing, I've got to say, either beyond the reef or under the sea. Truly, water really is my element at this point," Cravalho says.

The star-studded cast also brings in Queen Latifah as the sea witch, Ursula.

"To really put yourself in the role of someone who is a villain, a 100-percent villain, it's going to be a lot of fun," Queen Latifah says.

"It feels natural. It's the Caribbean flair to it, and I can throw in a note and flip the accent down and then flip it again, it's that kind of vibe," Shaggy says.

"He's crazy, you know, he's crazy. So to be able to let all of that out into this character is going to be really fun," says Stamos.

The cast has been rehearsing in Las Vegas, but come tomorrow night, it's showtime.