Rain - A Tribute to the Beatles - 6abc Loves the Arts

WPVI
January 14, 2016 (WPVI) -- The Beatles tribute band Rain is making a stop at the Kimmel Center as part of its 2016 National Tour, and it will recreate the iconic musical journey of the world's most celebrated band. The concert is called Rain - A Tribute to the Beatles.

"It's four great performers performing as John, Paul, George, and Ringo, and they perform live and they do all the songs that you know from the Beatles from I Wanna Hold Your Hand to Hey Jude and everything in between," says Broadway Philadelphia Programming Director Frances Egler.

The band is fully dressed in Beatles gear and the concert takes audience members back in time with a note-for-note theatrical reincarnation of the legendary foursome.

"It starts with their Cavern Club and then Ed Sullivan days and goes right up to Abbey Road," says Egler, "so they try and sort of give you the feeling that not only are you at a Beatles concert but you're sort of sitting in that time."

The tribute band has been performing for over two-and-a-half decades, including a tour on Broadway.

"They've created this amazing stage show," Egler says, "the performers will change from tour to tour but it's basically some amazing touring musicians that are just at the peak of their form."

And, she says, this year's tour is a brand new show that will feature new video backdrops and added songs, "so if you've seen Rain before, you haven't seen it like this. So it's a great time to come back and sort of revisit the wonder of the show."

Egler says audiences seem to universally love it, "sometimes we wonder if people actually think they're seeing the Beatles because they do go a little crazy for it."

Rain - A Tribute to the Beatles will be at the Merriam Theater February 11-14. For tickets, go to www.TheArtsinPhilly.org. 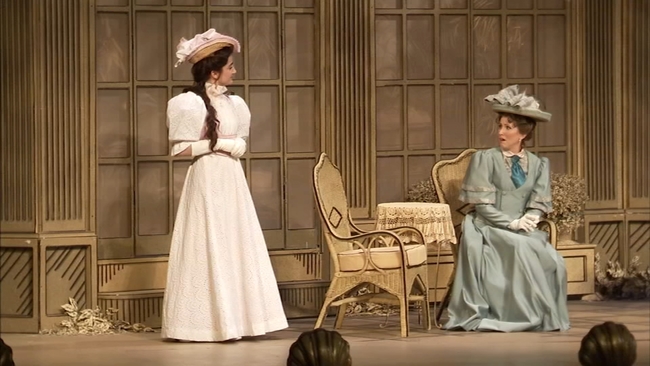