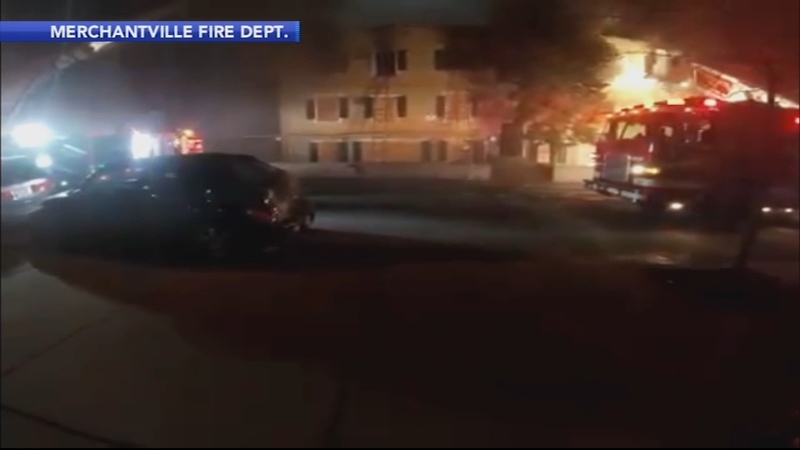 CAMDEN, New Jersey (WPVI) -- A stunning new video has emerged of an explosion as firefighters battled a 3-alarm blaze in Camden, New Jersey.

Firefighters spent hours trying to gain control of the massive blaze, which started just after midnight Wednesday in the 3400 block of Cramer Street.

Firefighters battled a fire at an an apartment building in Camden for hours Wednesday, where a few months earlier two people died in another blaze.

People reported hearing an explosion coming from the third floor.

"We were there an hour. An hour and a half into this fire and out of nowhere, we get this explosion," said Camden City's Fire Chief Michael Harper. "Things were looking good then all of the sudden, the third floor lit off."

Harper watched the video with Action News just hours after everyone on the scene escaped without injuries.

The apartment building is abandoned and boarded up following a deadly fire there on October 25, 2020.

Two men died in that fire and nine other people were injured.

A homeless man is facing murder charges in connection with an apartment fire that left two people dead and nine others injured on Sunday morning in Camden.

At the time, approximately 20 to 30 residents lived in the building.

A firefighter was injured in the October fire. There were no reported injuries to firefighters in Wednesday's incident.

A cause of this latest fire is under investigation.
Report a correction or typo
Related topics:
camden (new jersey)fireapartment fire
Copyright © 2021 WPVI-TV. All Rights Reserved.
FIRE 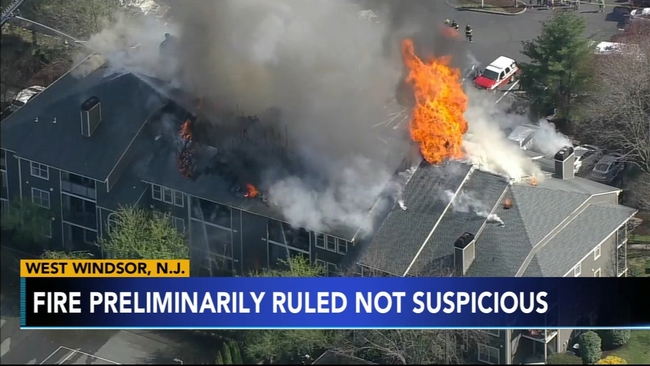 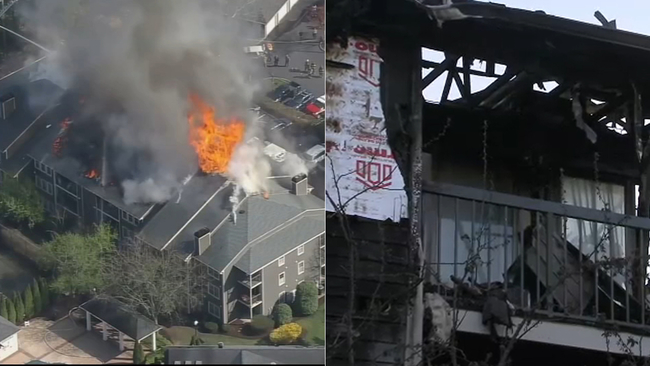 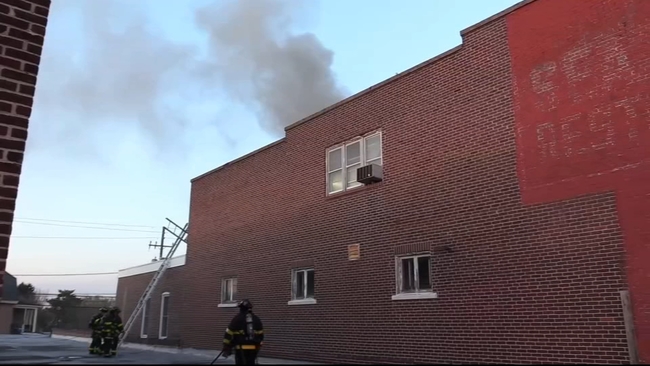 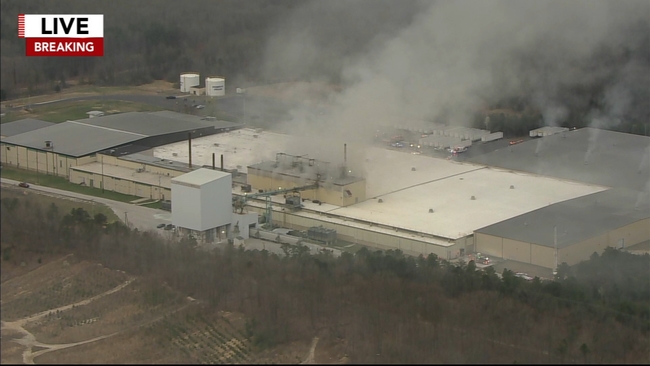