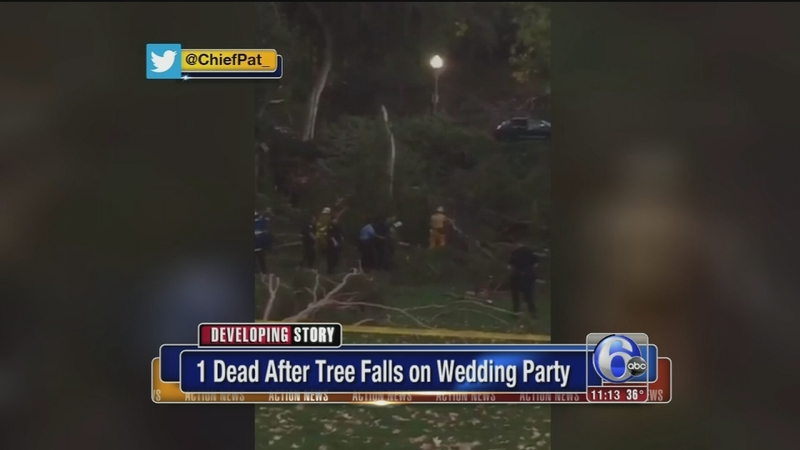 WHITTIER, Calif. -- One person was killed and five others were injured with a large eucalyptus tree fell on a wedding party taking photographs at a Southern California park Saturday, authorities said.

Video from the scene showed fire crews using chain saws to cut through the downed branches.

Four of the injured suffered scrapes and bruises and one had moderate injuries, officials said.

Witnesses described hearing a loud crack and seeing people run from the area.

The tree could have been weakened by California's ongoing drought and recent heavy rain could have contributed to its fall, officials said.