WPVI
MORA, Minn. -- A Minnesota mom is planning to file discrimination charges after she was asked to relocate while breastfeeding in the wading area of a community pool.

Stephanie Buchanan said she and her sister-in-law Mary Davis were supervising six children at the Mora Aquatic Center when another guest scolded her for breastfeeding her 3-month-old son in the kiddie pool.

"A patron came up -- a lady at the pool -- and told me I needed to cover up because her sons were swimming," Buchanan told WCCO-TV.

Buchanan said a pool staff member then approached her and asked her to either cover up or move to the locker room. Buchanan refused so that she and Davis could continue supervising the children in their care.

Under Minnesota law, women are allowed to breastfeed "in any location, public or private, where the mother and child are otherwise authorized to be, irrespective of whether the nipple of the mother's breast is uncovered during or incidental to the breastfeeding."

Buchanan and Davis, who was breastfeeding in the pool earlier, eventually decided to leave the facility entirely, but not before a Kanabec County Sheriff's deputy was called to the scene.

"Breastfeeding at the Mora pool isn't anything new. It's been a normal thing for years. That's what really makes this thing unusual," Kanabec County Sheriff Brian Smith told the Minneapolis Star-Tribune.

"It's usually done discreetly - not out in the middle of the kiddie pool with little kids playing in the water. I think that's what was going on here," Smith said.

Smith told the newspaper that the officer was not trying to kick the women out of the pool and only wanted to defuse the situation, which had grown tense.

In a statement, the City of Mora said the situation "made many patrons uncomfortable."

"Our staff politely asked them to be more discreet or relocate to another area at the [Mora Aquatic Center]. When they did not, it created an untenable situation and our public safety team was brought in to assist the MAC staff," the city said, pointing out that neither Davis nor Buchanan were ever asked to leave the facility outright.

"We apologize to Ms. Ellingson-Buchanan and Ms. Davis if they were offended by how they were treated," the city added.

Community members have organized a Saturday afternoon poolside nurse-in at the aquatic center to protest the response to the incident.

"This Nurse-In is a PEACEFUL demonstration that us Mamas can and will nurse when we want and where we want," organizers wrote on Facebook. "This is about our legal right to nurse in public as a result of our decision to breastfeed."
Related topics:
family & parentingminnesotaparentingu.s. & worldbreast feeding
Copyright © 2020 WPVI-TV. All Rights Reserved.
RELATED

US reportedly threatened nations over WHO breastfeeding measure 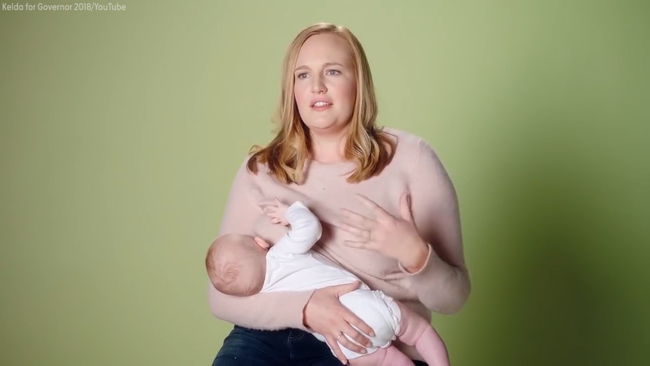