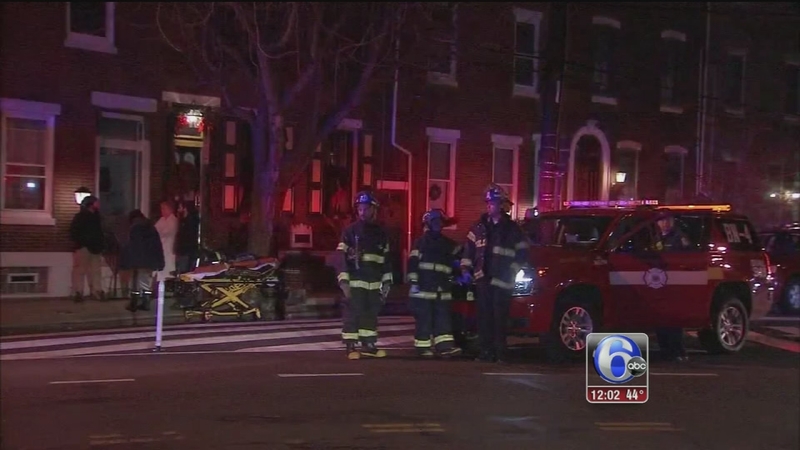 FISHTOWN (WPVI) -- A man is dead and two Philadelphia firefighters were hurt after fire broke out at a home in Fishtown.

The blaze was reported at 3:30 a.m. Wednesday at a three-story home in the 1200 block of Shackamaxon Street.

Inside an apartment on the top floor, crews found a couch on fire and a man in his 50s unconscious.

Medics transported him in serious condition to Hahnemann University Hospital, where he was pronounced dead a short time later.

A few residents in the building were briefly evacuated, but allowed back inside.

The damage was isolated to the victim's apartment.

The man's name has not been released. Residents who spoke with Action News said the victim was kind and always willing to help his neighbors.

The fire marshal arrived at the scene in the middle of the morning.