The shooter wounded a sailor at Naval Air Station-Corpus Christi before the suspect was shot and killed by security personnel, according to a U.S. official, who spoke on condition of anonymity to discuss details about an ongoing investigation.

At a news conference later in the afternoon, Leah Greves, with FBI Corpus Christi, confirmed the shooter's death and revealed a second person's involvement.

"There may be a second person of interest at large in the community. The public should remain calm, and if you see something, say something," Greves urged.

The shooting happened about 6:15 a.m., Navy officials said. One sailor assigned to the security team was injured but was in good condition, officials added.

The injured Navy sailor who was shot was wearing body armor, said another U.S. official who spoke on condition of anonymity to provide information not yet made public.

The FBI said it will lead the investigation.

Audio of police radio traffic indicates an urgent effort to contain the threat at NAS Corpus Christi after the gunman was neutralized. The audio has been edited for length.

The facility was on lockdown for about five hours Thursday morning, but that was lifted shortly before noon. One gate remained closed.

The station had a similar lockdown last December. In another incident at the base last year, a man pleaded guilty to destruction of U.S. government property and possession of a stolen firearm for ramming his truck into a barricade at the Corpus Christi station. 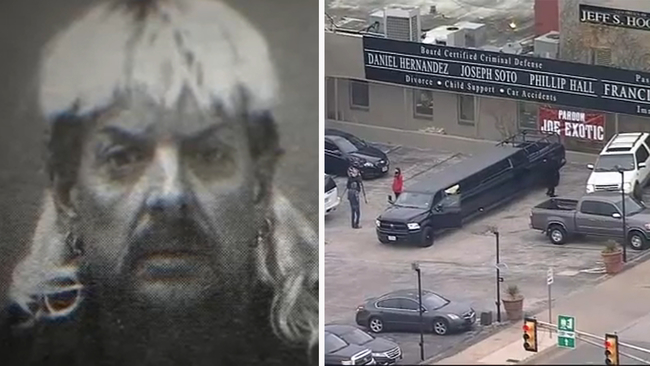