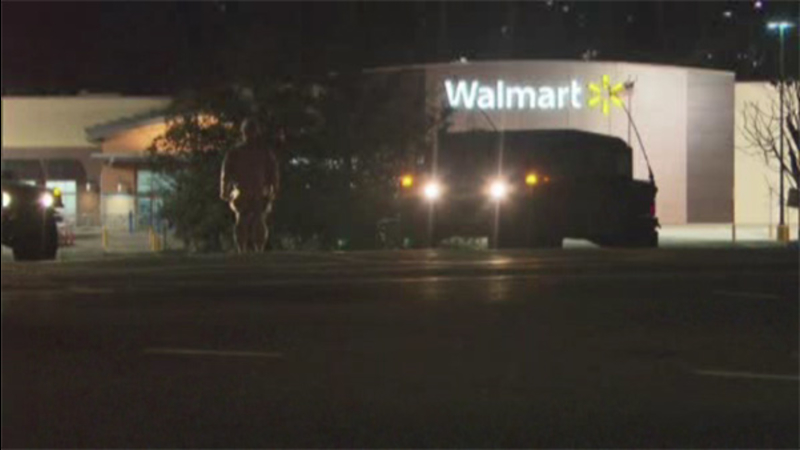 MANCHESTER, Mo. -- Dozens of people interrupted holiday shopping at major retailers around the St. Louis area late Thursday and early Friday to speak out about a grand jury's decision not to indict the officer who shot and killed Michael Brown.

Other Black Friday protests were planned in shopping centers around the nation. One in the St. Louis suburb of Kirkwood drew five people, one with a sign reading "Black lives matter." All five, who stood by a car, declined to be interviewed on Friday morning.

Earlier in the day, about two dozen people chanted "no justice, no peace, no racist police" and "no more Black Friday" after police moved them out of a Wal-Mart in Manchester, another St. Louis suburb.

Officers warned the protesters risked arrest if they didn't move at least 50 feet from the store's entrance, then began advancing in unison until the protesters moved further into the parking lot. The mostly black group of protesters chanted in the faces of the officers - most of whom were white - as shoppers looked on.

"We want to really let the world know that it is no longer business as usual," said Chenjerai Kumanyika, an assistant professor at Clemson University.

Johnetta Elzie, who had been tweeting and posting videos of the protests, said demonstrations occurred at a Wal-Mart and Target in Brentwood, two Wal-Marts in St. Charles and one Wal-Mart in Manchester.

Since Monday night's announcement that Ferguson police officer Darren Wilson, who is white, wouldn't be indicted for fatally shooting the unarmed black 18-year-old in August, protests have occurred in Ferguson and across the country. A dozen buildings and some cars were torched in Ferguson on Monday night and dozens were arrested, but the protests have grown more peaceful as the week went on.