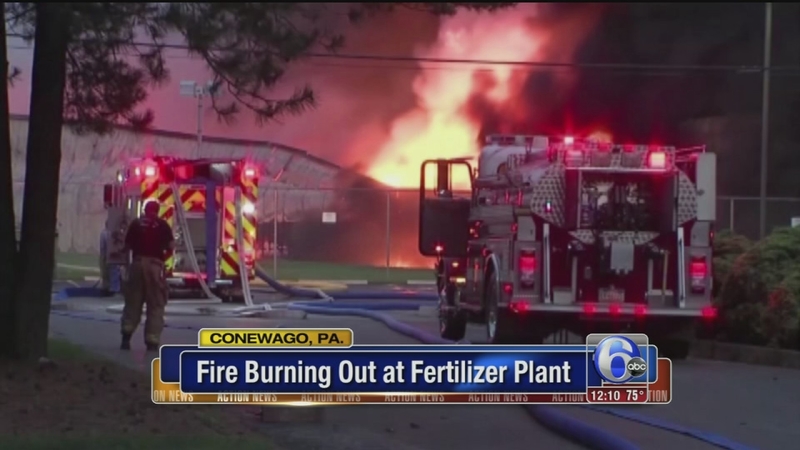 CONEWAGO, Pa. -- Officials say smoke from a fire at a Pennsylvania fertilizer plant is not considered toxic, but that they're continuing to monitor air quality.

The fire started around 3:30 a.m. Monday at Miller Chemical and Fertilizer in Conewago, Adams County, southeast of Harrisburg.

It continued to smolder as of 10 a.m. Firefighters were letting the fire burn out.

People at the scene reported a nasty smell and their eyes burning.

A fire chief says homes would have been evacuated if winds shifted and pushed smoke their way.

Officials initially described the fire as a "major hazmat incident." Several containers could be heard exploding.