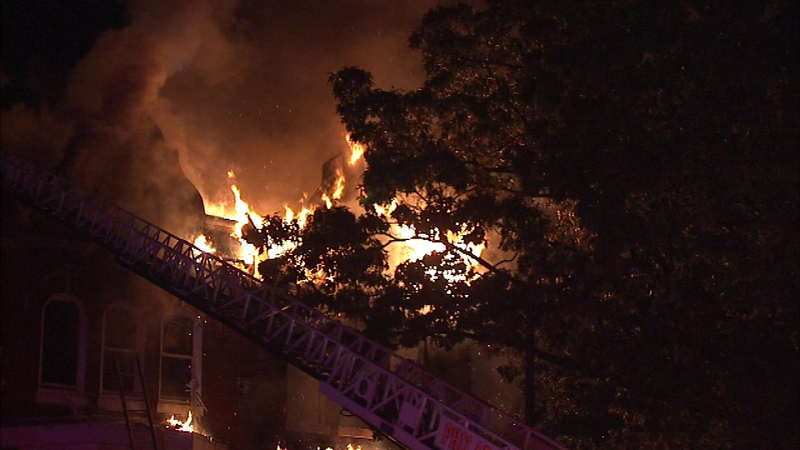 The fire started before 1:30 a.m. Wednesday on Broad Street near West Pike.

Firefighters arrived to heavy flames showing in one of the houses.

The fire caused a partial collapse on the second floor, and spread to another vacant house.

Anthony Williams, who lives a few doors down, says he was asleep, when police and firefighters began banging on his door.

He said, "I had to leave with nothing on. Some of the people out here, gave me some things to put on. Basically everybody was looking out for everybody."

Williams and his grandfather were able to escape their home safely.