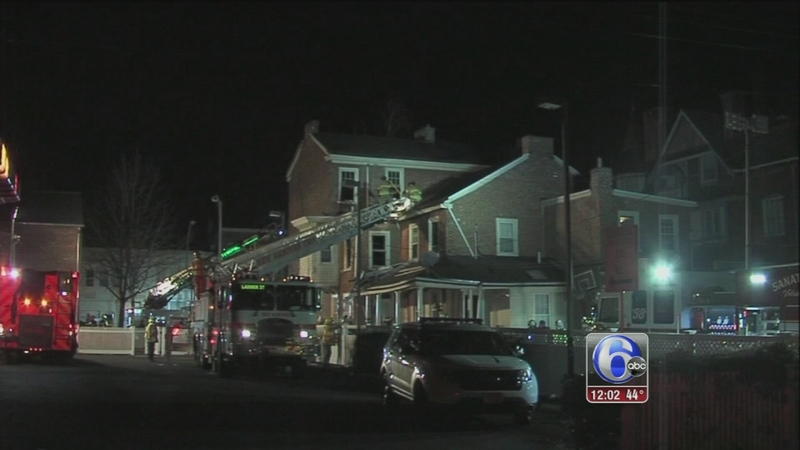 
Arriving crews found heavy smoke and flames coming from the second floor of the building, which contained a number of apartments.

A second alarm was quickly sounded as residents scrambled to get out.

"I see the smoke, I say kick it in, kick it in," said resident Barbara Mitchell. "A big (cloud) of smoke comes rushing out at us, and we can't get him out."

Mitchell told Action News how she and several others tried to save their neighbor from his second floor apartment.

It was chaos as Mitchell and another resident, Carlos Ortiz, worked to rescue their children.

"I grabbed them," said Ortiz. "We didn't grab anything else, grabbed the little ones and got out of there."

"We made entry, knocked down the fire and made the discovery," said Pottstown Fire Chief Richard Lengel. Firefighters found "a victim in the fire room, already deceased," Lengel said.

Gary Juck arrived on the scene hours later, identifying his brother, 50-year-old David Juck, as the victim of the fatal blaze.

"He was supposed to come over for Christmas," said Juck. "He was a really good person. He'd do anything for anybody."

They say careless smoking could have sparked the blaze, but the investigation is ongoing.

Not all of the apartments were destroyed.