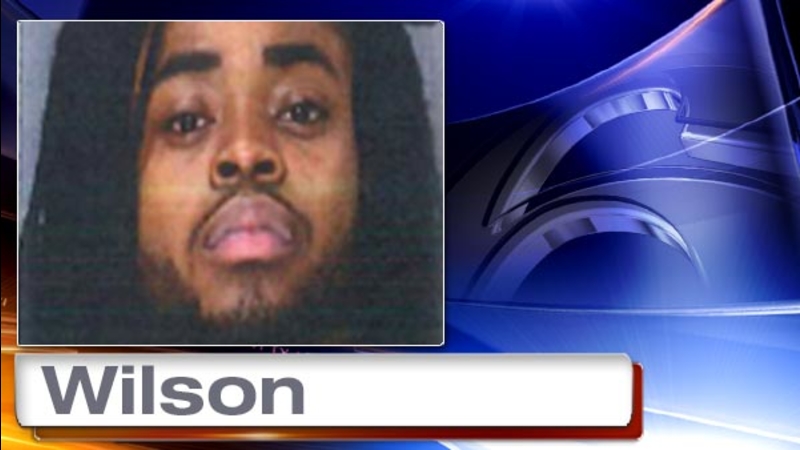 CHESTER TWP., Pa. -- Police say a driver was arrested for DUI and other charges in a hit-and-run crash that damaged a firehouse in Chester Township, Delaware County.

The incident occurred Saturday morning at the Chester Township Fire Department on the 2400 block of Concord Road.

"I got a call around 4:00 a.m. this morning that the firehouse was hit," said Robert May.

According to police, the crumbled bricks and gaping hole is the result of 22-year-old Reese Wilson, who was allegedly driving under the influence when he crashed a borrowed SUV into the building.

"Unfortunately it's happened to a critical facility and we're in the process of getting that straightened out," said May.

It's critical because the fire company services Chester Township and the crash put the fire house temporarily out of service.

"There is still a fire response going to the township, it's just going to bump up the other locals from around us to it," said Fire Chief Jeff Comisiak.

Police say parts left at the scene from the alleged striking SUV and a trail of car fluid led officers to a nearby neighborhood.

That's where they found a Chevy Trailblazer with brick dust and front-end damage.

According to an affidavit, Wilson admitted to crashing his brother's vehicle into the firehouse after drinking at several clubs.

Police say Wilson's brother Charles Rutledge was taken into custody for lying to them about his brother's name and whereabouts.

Wilson was arrested and charged on multiple counts including DUI, leaving the scene of an accident and driving without a license.

Meanwhile, the damage is going to cost the fully volunteer fire company tens of thousands of dollars to fix. While, they do get money from the township, they rely heavily on donations.

"The company has been in service since 1921, the building was built in 1957. I hate to see it get messed up like this. If anybody is willing to come and help out with repairs wed be more than willing to take the help," said Chief Comisiak.
Related topics:
chester townshiphit and runpa. newsaccident
TOP STORIES
'I fought': Trevor Reed describes his survival in a Russian prison
6 dead, multiple injured in Philadelphia weekend shootings
Stabbings at train stations including 30th Street Station investigated
Teen, officer and driver injured after police chase ends in crashes
Masks required in Philly School District starting Monday
Pfizer: COVID vaccine for kids 6 months to 5 years old 80% effective
Russian sentenced to life in Ukraine's 1st war crimes trial
Show More
Biden: Monkeypox threat doesn't rise to level of COVID-19
NJ twin sisters giving back with pajama project
AccuWeather: Cooler & Less Humid
Texas woman sought in fatal shooting of pro cyclist: US Marshals
2 adults, 3 children injured in crash with SEPTA bus
More TOP STORIES News