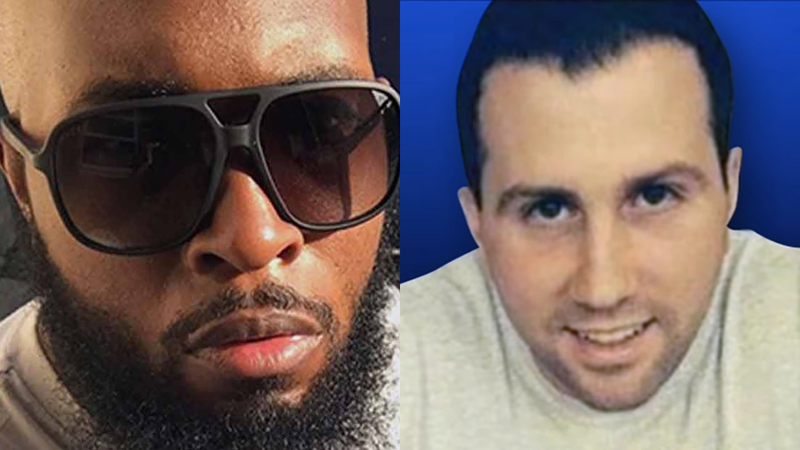 In June of 2017, Ryan Pownall was involved in the deadly shooting of 32-year-old David Jones in Hunting Park.

Jones was on his dirtbike and allegedly committing traffic violations when he was pulled over by Pownall.

There was a confrontation, and District Attorney Larry Krasner said during a news conference on Tuesday that Pownall attempted to shoot Jones, but his gun jammed.

He says Jones tossed his own gun to the ground and began to run away.

Krasner says Jones' gun was recovered by investigators about 25 feet in the opposite direction from where he was shot.

But the Fraternal Order of Police and Pownall's family members slammed Krasner and decried the charges.

"We believe first-degree murder is absolutely absurd in this case," said FOP Lodge #5 President John McNesby. "We're going to stand with his wife, Tina, his children, as well as every officer out there today, and in the 15th District, and citywide, to make sure they get what's needed and to that he's eventually brought home in the coming days."

"He loves being an officer. He's a great person," Edward Pownall said.

Pownall has turned himself into police. If convicted, Pownall could face the death sentence or life in prison without parole.

A former Philadelphia police officer has been charged with first-degree murder as reported by Christie Ileto during Action News at 10 on September 4, 2018.

Pownell's attorney said he acted according to the letter of the law, several people Action News encountered agreed.

"I think the police officers should be respected for what they do," said Lauren Pulliam of Southwest Philadelphia. "The job they provide, it's very necessary and they're just doing the best they can."

Since January, the DA's office has investigated 19 officer-involved shootings, 7 involving injury or fatality with three of those civilians killed by on-duty officers.

"At least people are thinking this has been going on for too long, and someone needs to step up and do something about it," said Camille Claiborne of Mt. Airy. "It's a sad case in general. You never want to see anyone get shot and killed, but at least the case is being heard and there are charges being brought."