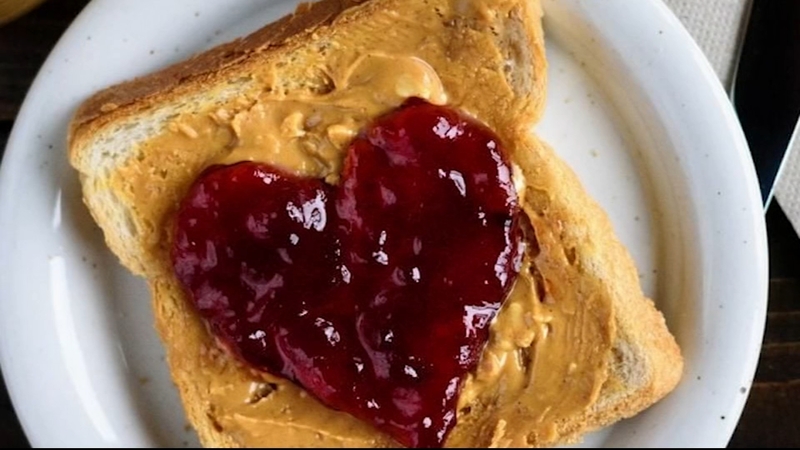 Meet the man who donated over 100K sandwiches to homeless

PHILADELPHIA (WPVI) -- The next time you have a peanut butter and jelly sandwich or make one for your kids, spend a second thinking of a guy who has used the classic American staple to help feed thousands of people.

Like a lot of great ideas, Lou Farrell's is off to a humble start.

"We're working out my garage in Hatfield. This is the 'bread drop' world headquarters," said Farrell. "The longest we keep things is two days. It comes in, it goes out."

The garage has turned into a factory of sorts for peanut butter and jelly sandwiches. More than 100,000 of them have come through his garage in the past year and have gone directly into the hands of people who need them most.

"Spending time with people who didn't have houses and realizing, they're the same as me," said Farrell.

Minutes after dropping off meals at Chester Eastside, the pantry opened for its Wednesday food distribution.

"First of all, adults and children like peanut butter and jelly," said Tonya Warren, a director at Chester Eastside.

She says Farrell's deliveries are a community favorite.

"It is heartwarming to see people step up and want to take responsibility for what's happening in their community," she said.

Farrell and a few helpers delivered 4,100 sandwiches on Wednesday alone.

"To know that we're helping hungry people be fed is just really important," he said.

At this point, the project is going far beyond peanut butter and jelly sandwiches. They're also collecting coats and hats, adult diapers and female hygiene products, anything they can get to help the community.

"Whatever challenge we see in front of us, that's what we address that day," said Farrell.

The impact is far greater than what Farrell could have ever known.