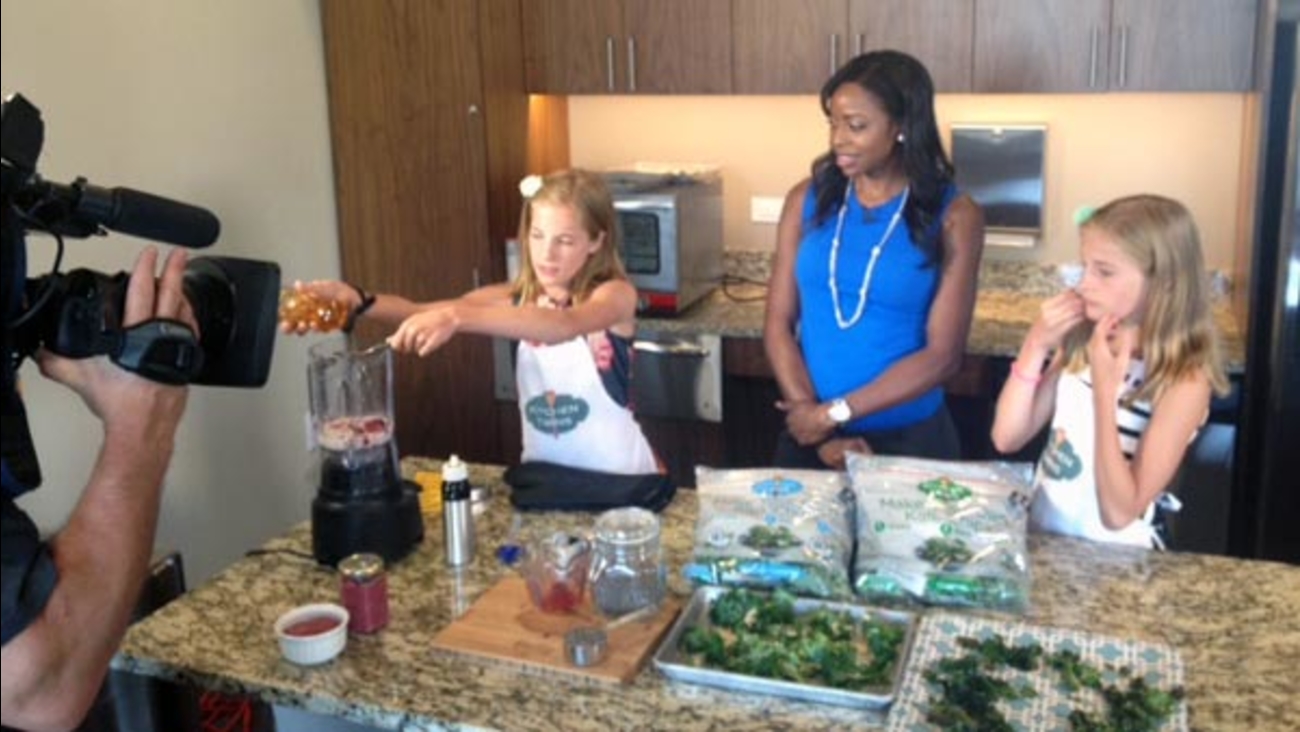 The Kitchen Twins, 11-year-old Emily & Lyla Allen of Princeton, take over the kitchen courtesy of 2116Chestnut.com

FYI Philly airs Saturdays at 7pm, Sundays at 1pm, and Sunday nights after Action News at 11

Every week on the hit ABC show Shark Tark, people from all walks of life pitch their original ideas to successful business moguls in hopes of making an agreement to see their dreams turn into realities.

But entering the Shark Tank is only one route for emerging entrepreneurs to take to see their vision fulfilled.

As this weekend's FYI Philly shows, sometimes your path for success is clear and for others, you find it after a slight detour.

11-year-old twins Emily and Lyla Allen of Princeton, New Jersey - today known as The Kitchen Twins - grew up with parents who not only ate healthy, but created healthy.

"My wife and I came up with a product called 'The Perfect Snaque,'" the twins' father Brian Allen said. 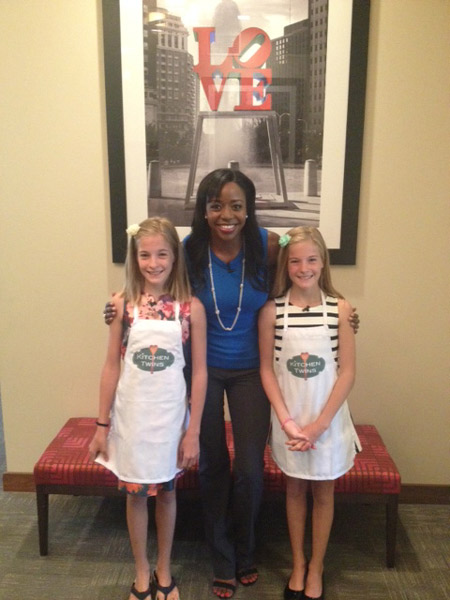 The Allen's quinoa-based snacked food proved to be quite an inspiration for their young daughters.

"They've really been around food and cooking for so long that they just gravitated to it and once they started to blog, everything just started steamrolling," Brian said.

The girls have been blogging for around 2.5 years now.

"And we've been cooking since we were like three," Emily said.

On their blog, Kitchen-Twins.com, they share easy-to-make healthy food recipes for kids like a protein-packed raspberry chia pudding with almond milk. 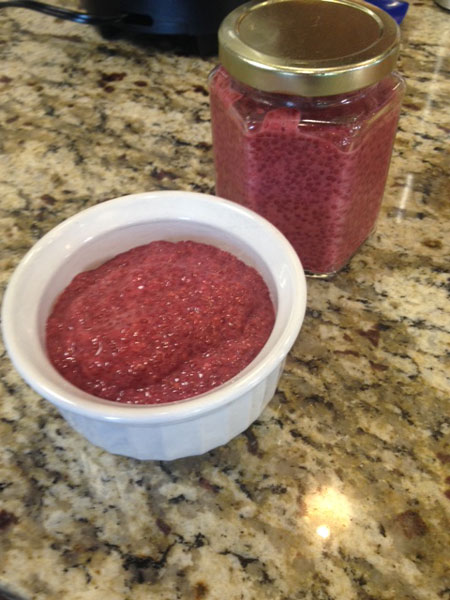 "Chia is a Mayan word for strength and it is a lot of fiber and omega-3s which are good for your heart and protein," Emily said.

But the girls' success doesn't stop in cyberspace. If you were to look at the shelves of a local Acme or Shop Rite supermarket, you would find the 'Make Your Own Kale Chips Kit' created by, you guessed it, The Kitchen Twins themselves.

"It's fresh, cut and washed kale. So all you have to do is shake it and bake it," Lyla said.

The kit includes a packet of olive oil and comes in original and coconut flavors. After 8 to 10 minutes in the oven, you've got your very own kale chips. 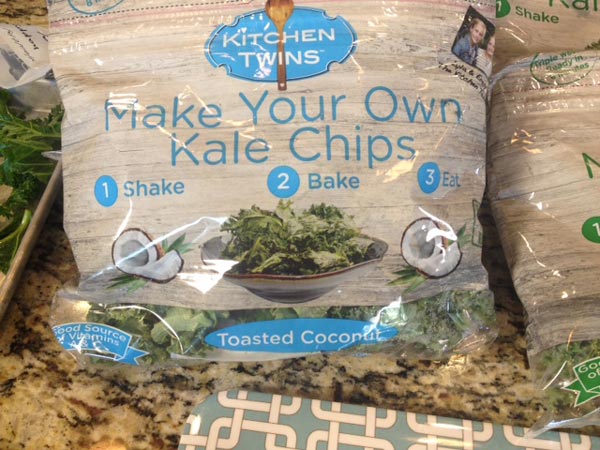 'Make Your Own Kale Chips Kit' is available at local Acme or Shop Rite supermarkets.

"Kale chips have always been one of our favorite snacks so we thought why not make our own products," Lisa said.

The mission of The Kitchen Twins is to get families in the kitchen cooking and to eat healthy foods, as their parents showed them.

For Katie Robbins of Philadelphia, her success story began with her parents, too.

"I wanted my dad to start eating a little healthier," Katie told FYI Philly for their 'Made in Philly' segment of the show.

So she cooked up a pasta sauce substituting fresh vegetables for the meat. Her dad became a huge fan of the sauce and he was not the only one.

"I just started making it for everyone. My dad would bring it into work. My mom would give it to her friends," Katie said. 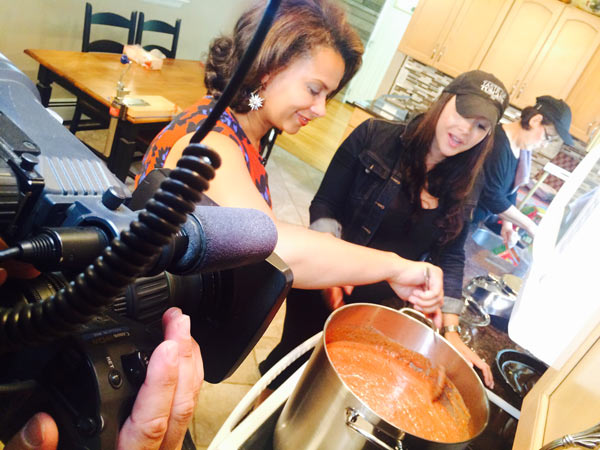 Katie Robbins shows Tamala Edwards how to perfect her Taste of Tuscany sauce.

At the time, Katie was searching for a job. But even with an undergraduate degree in elementary education and a master's in school counseling, she just couldn't find one.

"So a friend of mine was like 'why don't you sell your pasta sauce at a farmer's market?'" Katie said.

Just like it was to her friends and family, the sauce was big hit at the farmer's market. That's when her mom, a former school counselor, urged her to dream big and reach out to Whole Foods.

"The next day I had a meeting with them and I brought in a Tupperware container," Katie laughs. "They thought I was a little crazy, but I asked them to try it."

They loved it. Within a half hour after leaving the meeting, Katie received a call from Whole Foods.

"They said that we want to bring you into the store and we'll help you with absolutely everything. I cried, actually. I was so excited, I cried," Katie said.

Just five months later, the sauce she calls 'Taste of Tuscany' is in 15 local food stores including Whole Foods, McCaffery's and Shop 'N Bag with more to come. 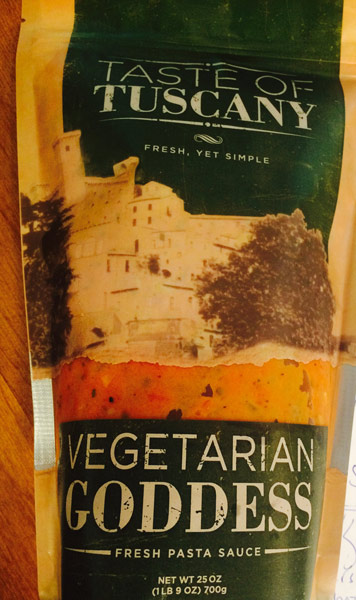 Katie Robbins adds heavy cream so it's sold in the refrigerated case. She's developing a dairy free marinara to be released in fall.

"There's no stopping now. I am ready to conquer all," Katie said.

Katie enlisted her parents help to make the business a true success. Her parents' kitchen was certified commercial.

They are now making sauce all day, every day.

"My heart was broken when I didn't get a school counseling position, but my life wasn't going in that direction," Katie said. 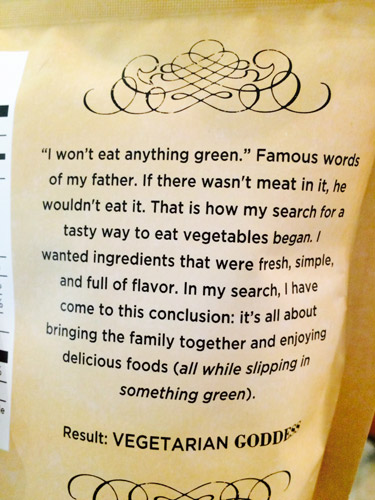 Katie Robbins created her Taste of Tuscany sauce to get her father to eat healthier.

While Katie's path to a successful entrepreneurship was a bit different than that of the Kitchen Twins, both are seeking similar goals: make the world a bit healthier and tastier with the help of family right in their hometown.

And they didn't even have to enter a tank full of business moguls to turn their dreams into realities.