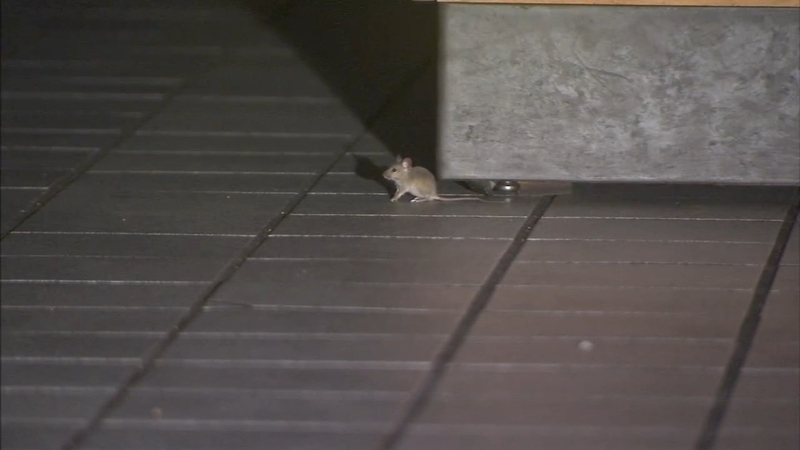 A viewer alerted Action News of the apparent rodent issue at the Popeyes on the 2000 block of Broad Street near Snyder Avenue.

When the Action Cam went to the location, it captured a number of mice inside the restaurant.

Needless to say, most customers we showed the video to didn't like it.

Kayla Balerio said, "I've eaten there recently and I am appalled."

It turns out the Popeyes just had a health inspection two days ago.

The Action Cam spots mice at the Popeyes restaurant in South Philadelphia on August 1, 2019.

According to the restaurant's most recent health inspection, which occurred on Tuesday, the inspector found evidence of old mouse droppings and noted that the issue was corrected on-site.

Action News caught up with Rob, who is the manager of the store.

"No issue. Someone angry made a video and put it on the internet. That's all we know. We fixed the problem," he said.

He says they routinely do pest control with an exterminator once a week.

Rob was adamant that there's nothing wrong with their food.