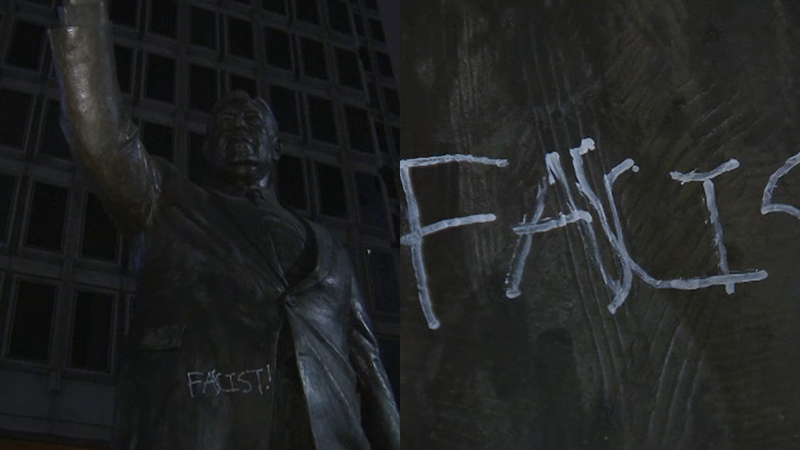 PHILADELPHIA (WPVI) -- The Frank Rizzo statue has been vandalized again on Sunday.