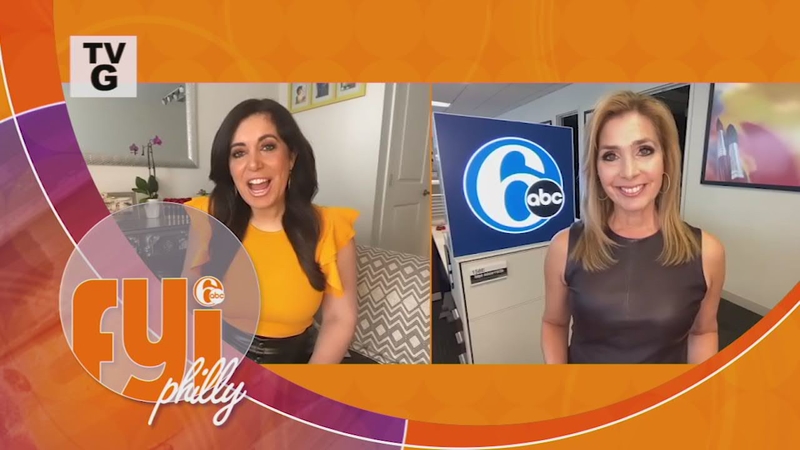 If you see long lines on weekend mornings in Fitler Square, it's probably people hoping to get a bite of the new Philly Pretzel breakfast sandwich!

A soft pretzel sliced and used as the vehicle for all kinds of breakfast sandwiches both sweet and savory, like bacon or sausage eggs and cheese sandwiches.

The owners, Hugh Morretta and Eli Shaika, have been friends since high school, and have wanted to open a business together for years.

Once Morretta went to work for La Colombe and perfected his roasting skills, they thought his coffee pedigree would be the draw. For right now, at least, it's those pretzel sandwiches.

Herman's has no phone so don't try calling and they don't take pre-orders for the popups, so you've got to just head over to the garage and enjoy the experience.

Husband and wife owners Mat and Amy Falco took an an old auto shop and gas station and turned it into a small-batch-coffee-roaster, and specialty-foods-market, stocked with locally-made cheeses, artisan sweets, and Mat's obsession with unique tinned fish that you can't find elsewhere.
The couple also bought a food cart for rotating restaurant pop-ups. Mondays and Fridays feature dinners, on weekends, food trucks pull up during brunch hours with burritos, Brazilian cake rolls, ice cream and artisan finds.

There's no phone so don't try calling; just pop over and experience the scene.

The shop is known for its large portions, special sauces and a full-service bakery. And of course, it's amazing Po'Boy sandwiches!

All aboard for Gilben's Bakery's Po'Boy sandwiches
A former Amtrak conductor is all-aboard his family's black-owned and operated bakery and sandwich shop in Mount Airy, Pennsylvania.

Head Chef Joshua Coston joined forces with his cousin and co-owner Crystal Brown and her fiancé Kevin Paulhill in bringing a taste of New Orleans to Philly with their special Po Boys sandwiches.

The shop is known for large portions, special sauces and a full-service bakery.

In South Philadelphia, two chefs got engaged during the pandemic and are pivoting to provide old Philly favorites in new ways.

Two old restaurant favorites find a new home at MUSI
In South Philadelphia, two chefs who got engaged during the pandemic are pivoting in all kinds of ways to survive.

Ari Miller, closed his restaurant Musi BYOB in Pennsport due to the pandemic and is now using it as a ghost kitchen for the Frizwit, a cheesesteak made with high-quality ingredients.

Miller's fiancé Kiki Aranita recently shuttered her own restaurant, Poi Dog in Rittenhouse, also due to the pandemic. She is now bottling her Hawaiian-inspired sauces for people to use at home, available for purchase at Musi's. online and at various locations around the city.

Together, the couple incorporates the sauce collection into the set menu that includes a vegan shroomsteak and hummus.

If you're looking for authentic Irish favorites like corned beef and cabbage or other Irish favorites, the new Commodore in Mount Airy has you covered.

The Commodore brings Irish cuisine, to Mount Airy
The Irish Center has been a gathering place for social, educational, and musical activities that promote the culture and arts of Ireland for more than 60 years.

And while the social scene has been temporarily lost due to the pandemic, the club added a new restaurant that is open to both members and the public.

It's called The Commodore and it features the award-winning pizzas of co-owner Daniel Gutter, along with lots of comfort bar food and Irish staples like corned beef and cabbage -- available for takeout and delivery.
Dine-in is for members only, but anyone can join at any time. It's only $15 for the year, or $25 for a family.

The Irish Center has been economically devastated by the loss of activities the past 12 months so club members are hoping to boost membership this year.

This Caponata Alla Napoletana recipe -- with Portofino tuna, olives and cucumber -- will always hit the spot.

How to make Caponata Alla Napoletana Italian salad
Cicala at the Divine Lorraine is closed temporarily due to the pandemic but throughout the month of March, chef/owners Angela and Joe Cicala are sharing recipes you can make at home.

It's a partnership with the new Portofino Italian-style tuna.
Enter for a chance to win Portofino products + a $50 gift card to Cicala at the Divine Lorraine.
ENTER HERE: Portofino Tuna sweepstakes

+ Pour the dressing over the mixture and toss until fully incorporated.
+ Season with salt and pepper to taste.
+ Add the diced rustic bread and toss again.
+ Refrigerate for 30m or until the bread has soaked up the juice from the tomatoes and dressing. Place on a serving platter and crumble the Portofino tuna over the top.

Portofino Tuna Recipes | Facebook | Instagram
You can find Portofino in the canned tuna aisle at your Acme, ShopRite or Weis Markets. It's also available online at Amazon.

Old World bread meets old school hardware store. A brand-new Philadelphia baker has popped up at one of the oldest hardware stores in the country.

At Metuka Freshly Baked, old World bread meets old school hardware store, with a new baker popping up at one of the oldest hardware stores in the country.

Ran Betite moved to here from Tel Aviv. His bread-making skills were just a hobby he picked up in college, but he began baking more seriously during the pandemic and decided to open a bakery.

He started Metuka Freshly Baked in September 2020.
Mitchell Cohen is the fourth generation owner of Cohen & Co. Hardware. The store has been in Philadelphia since 1913. He invited Betite to sell bread at the hardware store. The pop-up has been so successful Cohen & Co. has become the only place to buy Metuka Bread.

Entrepreneur Tedd Hall says he always had a passion for business and a keen sense for fashion, leading him and his wife to open women's boutique Babe in West Philly in 1972.

West Philly boutique offers fresh looks for nearly 50 years
Entrepreneur Tedd Hall says he always had a passion for business and a keen sense for knowing what people want in fashion. This led him and his wife, Miriam, to open Babe, a fashion boutique for women, in 1972 on 52nd Street in West Philadelphia.

The show was inspired by the artwork of Jeffrey Cheung, working with an Oakland, California-based queer skate collective called UNITY.

The exhibition is called Unity at the Initiative, and it was inspired by the artwork of Jeffrey Cheung, working with an Oakland, California-based queer skate collective called UNITY..

The project's overarching intention is to increase representation of queer and trans bodies of color.