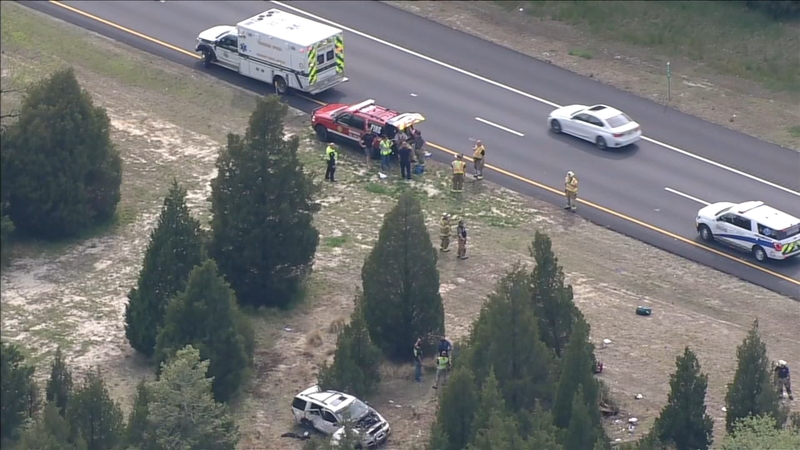 UPPER TOWNSHIP, New Jersey (WPVI) -- One person is dead and five others are injured including children after a crash on the Garden State Parkway in South Jersey on Wednesday, according to state police.

It happened around 2:30 p.m. on the southbound lanes of the Parkway near Exit 25 in the Marmora section of Upper Township.

New Jersey State Police said the driver of a Ford Explorer lost control of the vehicle and went off the highway.

A front-seat passenger, identified by police as 34-year-old Shardonay Daily of Delanco, was killed in the crash.