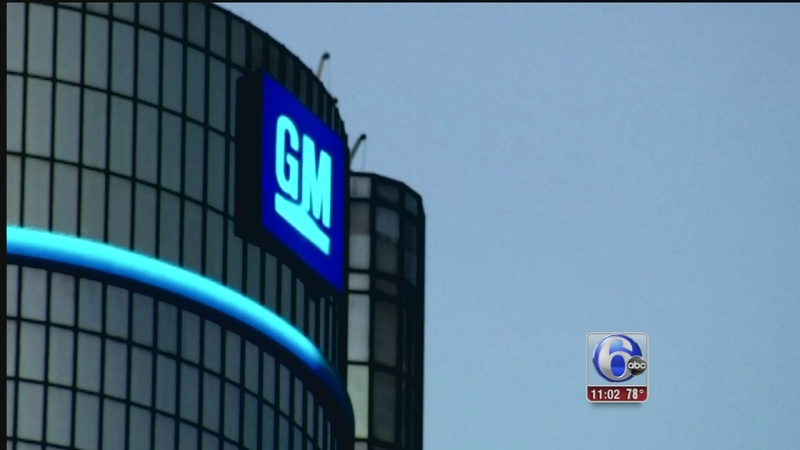 The latest recalls involve mainly older midsize cars and bring GM's total this year to 29 million, surpassing the 22 million recalled by all automakers last year. The added recalls also raise questions about the safety of ignition switches in cars made by all manufacturers.

The company is aware of three deaths, eight injuries and seven crashes involving the vehicles, although it has no conclusive evidence that faulty switches caused the accidents. 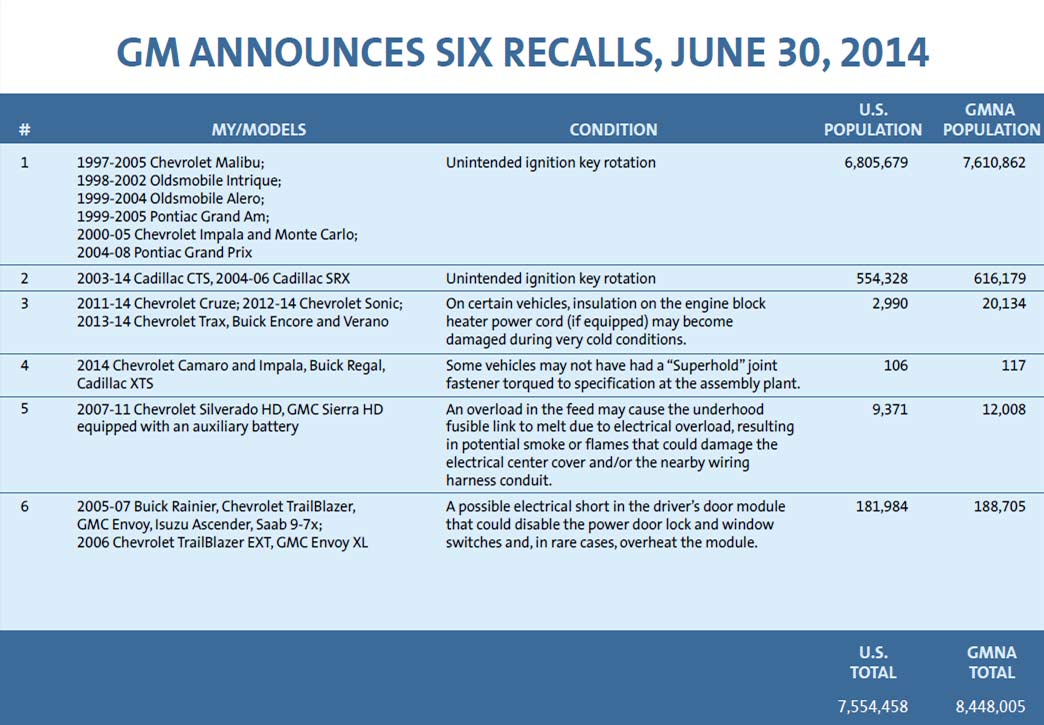 The vehicles involved are:

CEO Mary Barra said the recalls stem from an extensive safety review within the company.

"If any other issues come to our attention, we will act appropriately and without hesitation," she said in a statement.

The announcement of more recalls extends a crisis for GM that began in February with small-car ignition switch problems. GM recalled 2.6 million older small cars worldwide because the switches can unexpectedly slip from "run" to "accessory," shutting off the engines. That disables power steering and power brakes and can cause people to lose control of their cars. It also stops the air bags from inflating in a crash. GM has been forced to admit that it knew of the problem more than 10 years, yet it failed to recall the cars until this year.

GM's conduct in the small-car recall already is under investigation by the Justice Department and both houses of Congress. Earlier this year, the company paid a $35 million fine to the National Highway Traffic Safety Administration for delays in reporting the small-car ignition switch problems.

On June 18, NHTSA opened two investigations of Chrysler minivans and SUVs as part of a widening inquiry into air bag and ignition switch problems across the U.S. auto industry.

NHTSA began asking automakers and parts suppliers for information on the interrelated issues after GM's small-car recall. NHTSA asked automakers and parts makers for information on switches and how long air bags will inflate after the keys are moved out of the "run" position to "accessory" or "off." In many cases, the answer is less than a second.

GM's recalls on Monday bring this year's total so far to more than 40 million for the U.S. industry, far surpassing the old full-year record of 30.8 million from 2004.

The recalls come just hours after the company's compensation consultant, Kenneth Feinberg, announced plans to pay victims of crashes caused by the defective small-car switches. Attorneys and lawmakers say about 100 people have died and hundreds were injured in crashes, although Feinberg said he didn't have a total.

Feinberg said the company has placed no limit on how much he can spend in total to compensate victims.

In all the cases, the ignition switches out of the "run" position and into the "accessory" or "off" position.

Adler said that, unlike GM's previous recall of 2.6 million Chevrolet Cobalts and other small cars, the ignition switch is made to GM's specifications. But the keys can slip too easily. The company will place inserts on the keys to fix the issues.

Adler said GM began investigating all of its ignition switches 60 days ago after the Cobalt recall revealed problems. This recall came out of that investigation.

GM is urging people to remove everything from their key rings until the recalled cars can be repaired.

Of the three people who died in crashes involving the newly recalled vehicles, it's unclear whether those deaths were ignition-related, Adler said. In each of the cases the air bags didn't deploy, but there are many reasons air bags don't deploy, including the angle the car is hit and whether or not the occupants were belted, he said.

Adler said victims in the newly recalled vehicles won't be included in the compensation fund that has been set up for the small-car case.

GM also announced four other recalls Monday covering more than 200,000 additional vehicles. Most are to fix an electrical short in the driver's door that could disable the power locks and windows and even cause overheating.

Of the 29 million vehicles recalled this year, 17.1 million have been over ignition switches