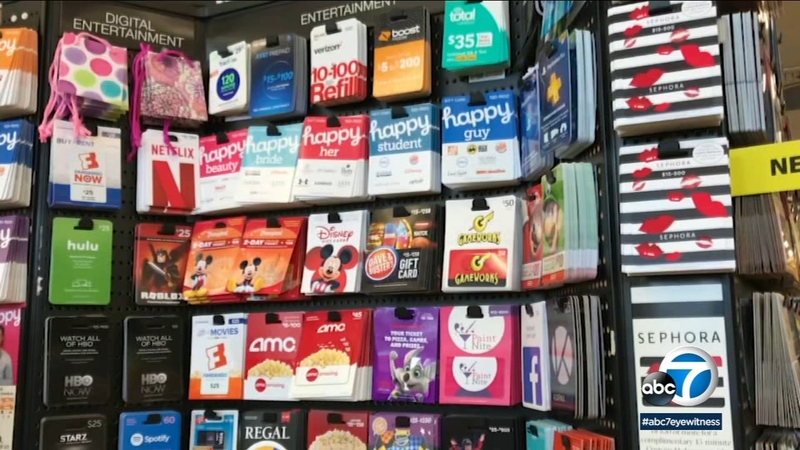 Gift cards are last-minute ideas that are quick and easy, but there are ways scammers can get your money quickly - and you won't even know it until it's too late.

"People are buying tons of gift cards now and it never even crossed my mind that something like this would happen," said one woman who fell prey to a scam and wants to remain anonymous.

KABC-TV reports, she says her husband bought several cards to give out as gifts. A few days later the people who received them said the money had already been spent.
Los Angeles police investigators who deal with internet crimes say thieves open the packaging and steal the card number and PIN.

"They scratch off the covering of the codes for the gift cards," said LAPD Detective Michael Stalnecker. "They take photos of them and then leave the gift cards at the at the store."

The crooks then go online and check the card until it shows that someone added money.
"And that's what happened in my husband's case. He had spent $150 on this one gift card in particular and next thing you know the money was gone within five minutes," said the victim.

Police detectives say be careful when you buy these cards. Always inspect them for anything that looks unusual.

"Make sure you examine the gift card," Stalnecker said. "A lot of them now are wrapped and sealed in paper, and we recommend people buy those and not the ones that are open."