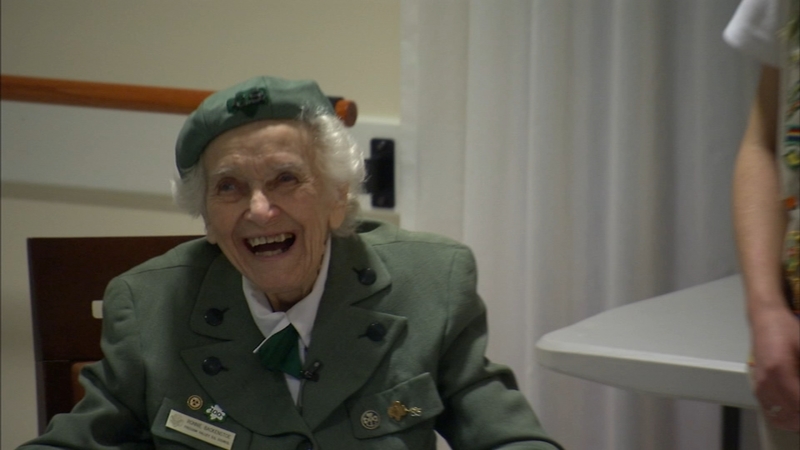 WERNERSVILLE, Pennsylvania (WPVI) -- At 98 years young, a Berks County woman continues a mission she started when she was just 10 years old.