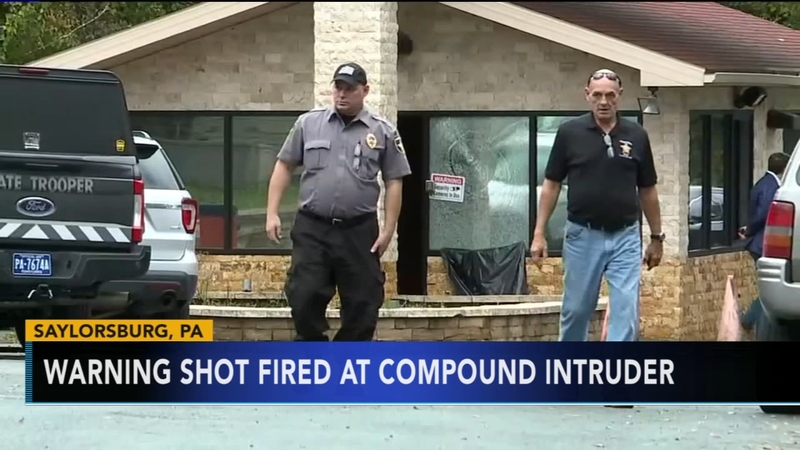 SAYLORSBURG, Pa. -- A security guard at the Pennsylvania compound of a Turkish-born Muslim cleric fired a shot near an "unwanted person" outside the gate, state police said Wednesday.

The suspected intruder fled the scene, and troopers were unable to find him.

Police were called to Fethullah Gulen's longtime home in the Pocono Mountains after a security guard fired a "warning shot in the air" around 8:30 a.m., according to a statement from the New York-based Alliance for Shared Values, a group that promotes Gulen's philosophies.

The man, "who appeared to be armed, attempted to enter the retreat center," and the guard responded by firing the shot, the statement said. No injuries were reported.

State police said they are continuing to investigate.

Turkey blames Gulen and his supporters for a July 2016 military coup attempt that killed 250 people. Gulen denies the allegations. Turkey has long demanded the cleric's extradition so he can stand trial, but Washington has told Turkey it must present convincing evidence for any extradition proceeding to go forward.

Gulen, who's in his late 70s, has lived in self-exile for nearly 20 years on the grounds of the Golden Generation Worship & Retreat Center, an Islamic retreat founded by Turkish-Americans. Supporters of Turkish President Recep Tayyip Erdogan have staged protests outside the gates, while Gulen's supporters have accused Turkey of plotting to kidnap Gulen. The Turkish government has dismissed the claim as "utterly false, ludicrous and groundless."

"We urge the U.S. authorities to continue to hold Turkey accountable for its actions and threats against innocent people both here in the United States and abroad," said the statement from the Alliance for Shared Values.