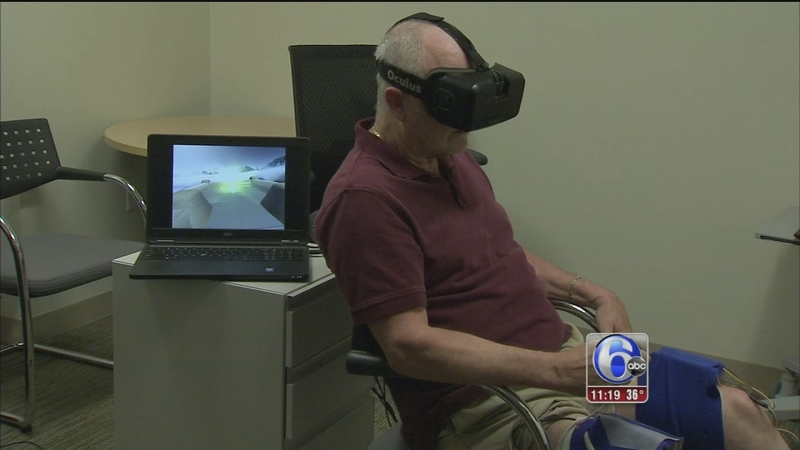 Up to 90 percent of people who have lost a limb continue to have pain where the arm or leg used to be. It's called phantom limb pain, and it can be debilitating.

James Wolf lost part of his right leg in a work accident almost eight years ago. He's gotten used to his prosthetic, but not to the phantom pain that lingers.

"I have it every day," said Wolf of Yardley, Pennsylvania.

He says it's constant, but varies in severity. At its worst, it feels like an electrical shock.

"Just like somebody took a wire out of the wall and touched you with it, so for an instant you've got that pain of a shock," said Wolf.

"The brain is sending out motor commands to the limb as if it is there and expecting sensory feedback in return," said Laurel Buxbaum, PsyD, Moss Rehabilitation Research Institute.

She says when there's no feedback in return, the loop isn't complete. In an attempt to reconcile the mismatch, the brain sends a signal of pain.

It's been a known problem for years, dating back to Civil War veterans.

So Mr. Wolf is participating in a trial to see if using virtual reality can help. Dr. H. Branch Coslett says it's a collaboration between Penn Medicine and the Moss Rehabilitation Research Institute.

"In real life the patients are actively moving both legs, and when they look in the googles, they see an avatar of themselves with two complete legs," said Buxbaum.

That way the feedback loop in their brain is complete so there should be less pain.

It's still experimental, but Dr. Coslett says so far results are promising.

"I think it's endlessly exciting. I think it's something that really can help people, and help people for a condition for which there's not great treatments at this point," said Dr. Coslett, Penn Medicine.

Mr. Wolf has to get used to the system, but he's hoping it can help.

"At least get some relief from phantom pain. I'm not expecting 100 percent and the silver bullet, but something," said Wolf.

Doctors are looking for more patients for the study. They're looking for adults who have suffered a single upper or lower amputation.