Helicopter lifts plane out of Susquehanna River 2 weeks after crash 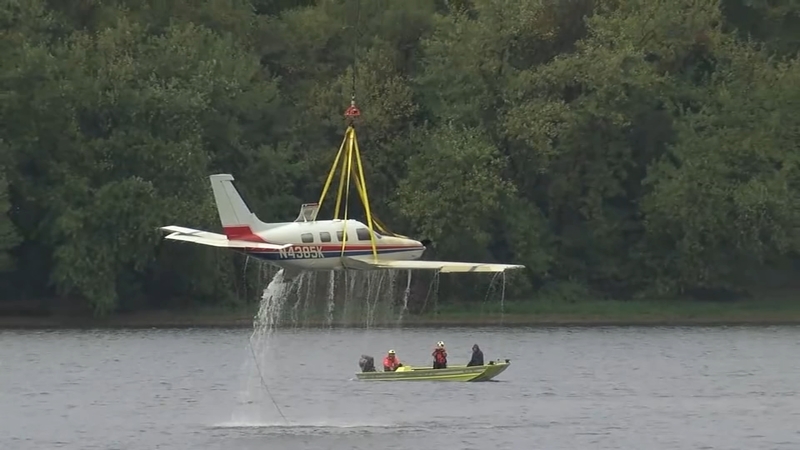 HARRISBURG, Pennsylvania (WPVI) -- A heavy-duty helicopter was called in to lift a plane out of the Susquehanna River almost two weeks after it crashed.

The Piper aircraft went down on October 4 near the infamous Three Mile Island nuclear power plant as it approached Harrisburg International Airport.

The pilot and the passenger escaped without serious injury. They were pulled from the aircraft by a nearby boater.

A crew headed out by boat on Wednesday and attached rigging to the aircraft before it was carried away.

A large crowd gathered to watch all of the action, despite the rain.

The crash was reminiscent of the "Miracle on the Hudson" 10 years ago, when Captain Sully Sullenberger landed his Airbus A-320 into Hudson River after the airliners hit a flock of geese. Sullenberger's actions saved the lives of all 155 people on board the U.S. Airways flight.