The Bucks County District Attorney's Office says from at least 2013 to 2016, the organization, allegedly led by brothers Sheamus McCarthy, 27, and Casey McCarthy, 22, distributed a large quantity of heroin to Quakertown residents.

13 people have been charged in a heroin ring bust in Bucks County.

"The operation in a nut shell went as far back as 2013 in which a heroin pipeline from Philadelphia was cultivated by the McCarthys," Bucks County District Attorney Matthew Weintraub Wednesday.

The brothers, authorities say, ran the illegal enterprise from a remote, wooded family compound in Richland Township and did almost $1 million in annual business.

They say the organization sold between 200 and 400 bundles of heroin per week, with each bundle containing 10 to 14 individual bags, according to a 195-page presentment issued by an investigating county grand jury.

Police arrested Sheamus and Casey McCarthy along with nine other suspects Monday, including the men's brother Thomas.

Weintraub said two of those charged remain on the loose: Antoine Harris and Ryan Mokrynchuk. They are asking the public for help locating them. 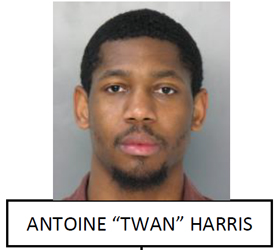 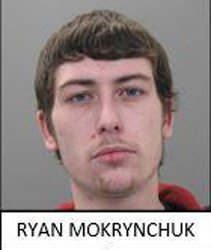 Authorities say the heroin came primarily from Harris, a longtime supplier in West Philadelphia, and flowed through a multi-layered enterprise in Upper Bucks County.

Weintraub says they don't have enough evidence to search the family home and admits the case is challenging because it's based on testimony and limited physical evidence.

"We're going to need the cooperation of people to testify to this, but we believe if we get it, justice will prevail," Weintraub said