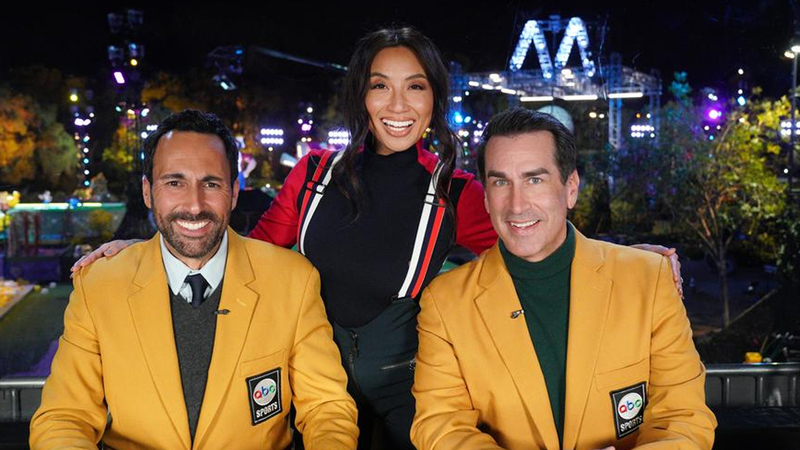 NEW YORK -- "Holey Moley 3D in 2D" is back for season 3 on ABC and it's bigger and better than ever.

"We're thrilled to be back for season 3 and we're in production for season 4 so this train isn't stopping," said Joe Tessitore, play-by-play commentator.

Stephen Curry is back alongside commentating team Rob Riggle and Tessitore with sideline reporter Jeannie Mai.

This season, a hole new batch of contestants face off as they pop their way through Corn Hole, dive straight toward the Agony of Defeat and hold on to Santa's sleigh as they zip line across Ho Ho Hole.

"When humans are hit unexpectedly, of course it's still in a safe way, but you have no idea where it's coming, the way your body flies through the air, is so funny to watch," Mai said.

In the end, only one competitor from each episode will emerge victoriously, receive the iconic "Holey Moley" plaid jacket and golden putter, and return to the course in the season finale to compete for the $250,000 prize.

You can watch "Holey Moley" on Thursdays at 8 p.m. EDT on ABC. Episodes can also be viewed the next day on demand and on Hulu.