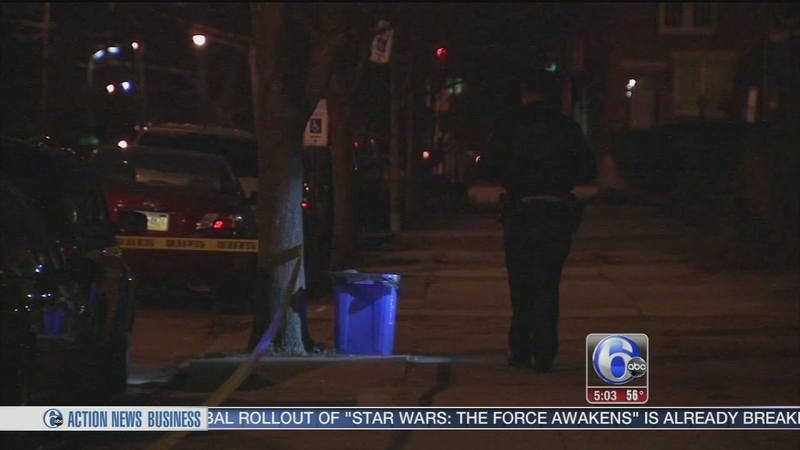 KINGSESSING (WPVI) -- A 34-year-old man was simply out walking his dog when he was shot and killed in Southwest Philadelphia.

The killing happened along the 4600 block of Kingsessing Avenue Wednesday night.

Jackson Drungell lives just doors from where the shooting took place. He tells us, "I heard four to five gunshots go off and I just knew immediately that it was gunfire, and not fireworks or other random stuff."

Drungell continues, telling us, "I go to the window and I just see a body in the street, blood and... it was pretty brutal, pretty rough."

The victim has been identified as 34-year-old Mark Marshall. Police say he was pronounced dead at Presbyterian Medical Center.

An employee at the Salt and Pepper Deli says police confiscated surveillance video from his store. He says the victim was seen walking in front of the store and arguing with another man. Police confirm that there was an argument and it was the motive for the crime.

Sean Barrett says his roommate saw the shooter drive away in a van and ran out to help the victim.

Barrett tells us, "My other roommate then went to try to slack the guy in the face, try to keep him awake, and essentially watched him die."

As police continue to investigate, neighbors are hoping for some answers and say their sense of security has been rattled.

Drungell says, "There is like a thought in the back of my mind, but you know, not to make light of it, but this stuff happens all across the city in different neighborhoods and you're never going to be completely safe."