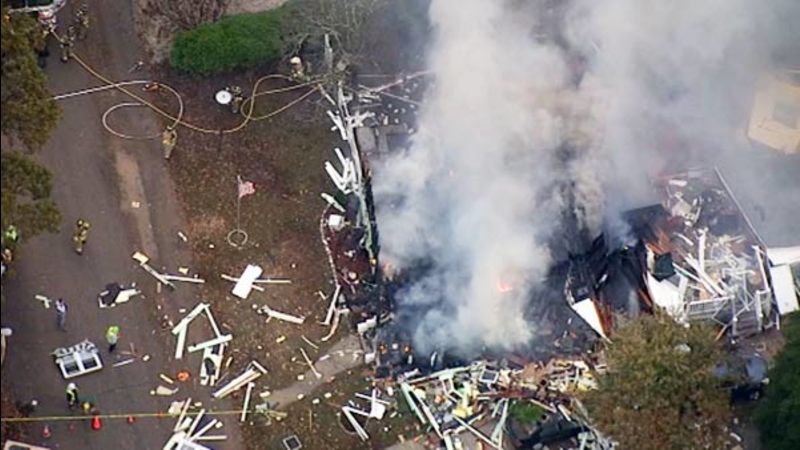 VILLAS, N.J. (WPVI) -- The Cape May County couple injured after a gas explosion and fire destroyed their house in 2013 will receive a $2 million settlement, their lawyers said.

Most of the money - more than $1.6 million - will be paid by contractor Shore Guys Heating and Air Conditioning, according to the law firm of Kline and Specter.

The explosion leveled their house in the Villas section of Lower Township, New Jersey on November 6, 2013.

Their attorney said problems for the McCartys began when they switched from propane to natural gas in April, 2013.

The lawyers say Shore Guys Heating and Air Conditioning disconnected the propane by cutting pipes underneath the home and turned off the tank, but failed to lock the tank or remove it from the property.

The explosion happened after the McCartys were unable to turn on their gas fireplace in November. They asked a neighbor for help, who noticed the propane gas tank valve was closed and opened the valve.

That caused the propane to flow into severed pipes and gas collected beneath the house, the law firm said.

The explosion happened after James McCarty stepped into the shower and turned on the water. That started the hot water tank, and ignited the gas beneath the home.