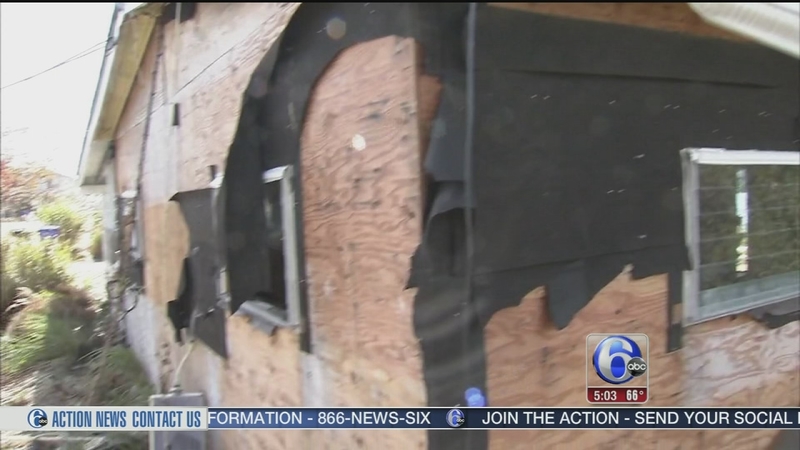 Hundreds of homes, businesses and some boardwalks were destroyed on this day in 2012.

And as people are remembering the storm, many are still frustrated by the fact that even today, their homes look as if the storm just hit.

"Took us about a year and a half to get back on our feet. We haven't actually raised our house like we're supposed to cause we don't have the funding,"

Army Reserve Sergeant Mary Blais runs down Mill Creek Road in Beach Haven West where she can see the different stages of recovery.

Three years ago water surged through the homes off Manahawkin Bay.

Today, a few houses look the same as they did the day after Sandy, while others are now up on pilings, under repair or built brand-new.

"It's changed, but it's getting better. Everybody's raising their house or knocking it down, putting up a new one," Wendy Cahill of Beach Haven West said.

After the storm, 84-year-old John Longa raised his house to FEMA specifications and moved back in. He was then told Stafford Township wanted him to go higher.

So he moved out again and has been trying to get contractors to complete the work so he can get a certificate of occupancy.

"Nobody does what they say they're gonna do; they did a wall, they come back, they had to tear it down, they didn't put rebar in the wall. Three years later, we're still not done. Still fighting to get things done," Longa said.

"We are okay because it was just our downstairs. Yeah all our friends are dislocated," resident Gail DiBlasio said.

Ric Anastasi is a volunteer firefighter and small business owner on Long Beach Island who is still out of his home.

He says he jumped through all the hoops to get FEMA assistance and state grants to rebuild in Beach Haven, but can't move in because two different contractors collected over $75,000 from him, but never finished the work.

"We used to these builders they had to be approved by the state of New Jersey. That's all we're asking, you approve this. You said these guys are good. We used your guys. Those guys stole from us," Anastasi said.