'Celebrating America' will air on ABC on January 20.
WPVI 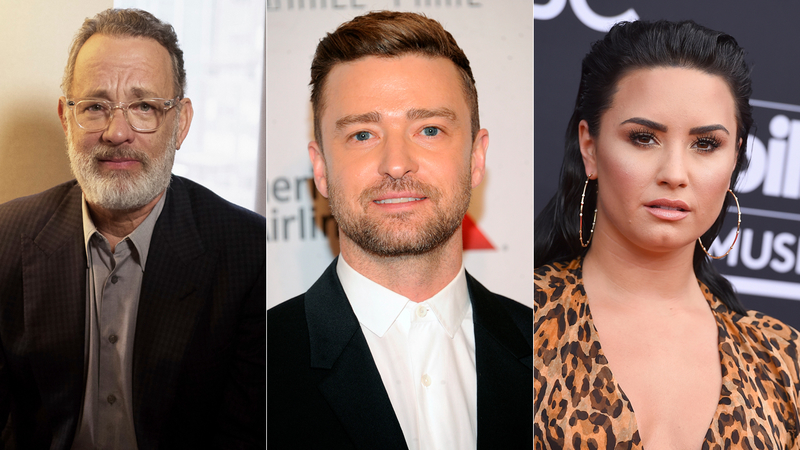 PHILADELPHIA -- Tom Hanks, Justin Timberlake, and Demi Lovato will be among the celebrities taking part in a primetime television special on Inauguration Day.

With the COVID-19 pandemic affecting the inaugural proceedings, President-elect Joe Biden's team is putting on a show to end the night.

The 90-minute program, titled "Celebrating America," will be hosted by Hanks.

On Wednesday, Timberlake announced on social media that he and Clemons will be performing a new song they wrote during the pandemic called "Better Days."

A few months ago @AntClemons and I wrote BETTER DAYS. This song was our way of doing what little we could to encourage everyone to stay hopeful and to keep working towards a better future. I’m honored to announce we’ll be performing it for the Inauguration. pic.twitter.com/aes5gXdEww

"This song was our way of doing what little we could to encourage everyone to stay hopeful and to keep working towards a better future. I'm honored to announce we'll be performing it for the Inauguration," Timberlake posted. "We have a long way to go to fix, undo, and rebuild this country...but I hope now, despite the past four years we are on our way."

Lovato posted on Instagram she was "honored to announce" she will be joining Biden and Vice President-elect Kamala Harris for the event.

"I was left speechless when I was asked to perform!" Levato said.

The primetime programming will cap off the inaugural celebration that includes events ahead of Biden taking the oath, including their previously announced National Day of Service on Martin Luther King Jr. Day, and a nationwide COVID-19 Memorial to Lives Lost on January 19.

The celebration will include the official Inaugural Ceremonies themselves, as well as a wreath laying on Arlington National Cemetery with other former first couples, including former President Bill Clinton and former Secretary of State Hillary Clinton and former Presidents and first ladies, George and Laura Bush, and Barack and Michelle Obama, and a "Parade Across America" on January 20 - the 'reimagined' virtual parade amid COVID-19.

"This inauguration presents a unique opportunity to spotlight the resilience and spirit of an America United. We have witnessed countless heroes this past year step up to the frontlines and serve their fellow Americans, so we are telling their stories, spreading their collective light, and celebrating the best of our country and its people with this prime-time program. Our first priority is safety - so while many of us will be watching safely from our homes, we are creating real moments of connection that highlight a new inclusive American era of leadership that works for and represents all Americans," said Biden Presidential Inaugural Committee CEO Tony Allen said in a statement.

"Celebrating America" will air on multiple networks including this ABC station and streaming platforms at 8:30 p.m. ET/PT on January 20, 2021.