Pederson led the Eagles to a victory over the New England Patriots in Super Bowl LII.
ESPN
By Michael DiRocco ESPN Staff Writer 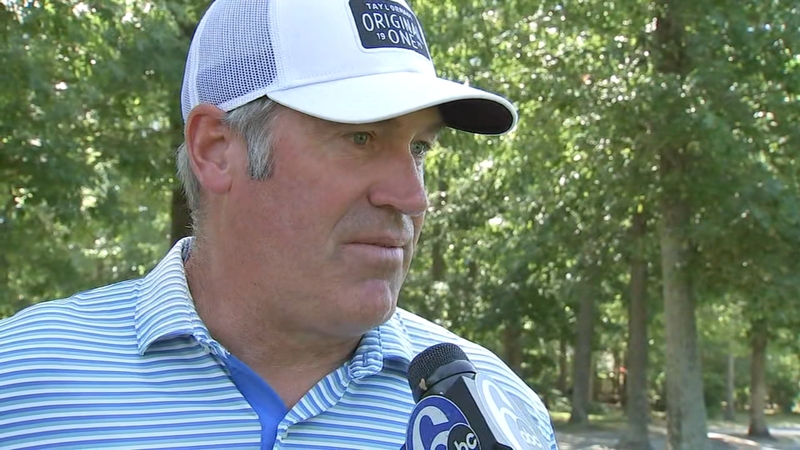 Doug Pederson ready for next chapter after departure from Eagles

PHILADELPHIA -- The Jaguars' coaching search got rolling on Tuesday as they scheduled an interview with Super Bowl-winning coach Doug Pederson for later in the week, also will interview former head coach Jim Caldwell, and put in requests to interview multiple candidates who are currently employed, sources told ESPN.

A league source told ESPN's Dan Graziano that the Jaguars intend to interview Pederson later this week. Pederson went 42-37-1 in five seasons as Philadelphia's head coach (2016-20) and led the Eagles to a victory over the New England Patriots in Super Bowl LII after the 2017 season.

The Jaguars also have requested an interview with Colts defensive coordinator Matt Eberflus, a source told ESPN, confirming a report by NFL Network.

The NFL passed a resolution earlier this month that allows interviews for vacant head-coaching positions to be conducted virtually during the final two weeks of the regular season. Teams could request permission for interviews beginning Tuesday, but teams are also able to deny permission.

The Jaguars fired Urban Meyer with cause just before 1 a.m. ET on Dec. 16 after he went 2-11 and committed a string of embarrassing missteps that included two viral videos of him behaving inappropriately with a woman who wasn't his wife, reports of him berating his assistant coaches, trying to hire a strength coach who was accused of making racist remarks and bullying Black players at Iowa, and having No. 1 overall draft pick Trevor Lawrence alternate days with the first team with Gardner Minshew during training camp.

Former kicker Josh Lambo on Dec. 15 also accused Meyer of kicking him during warm-ups before an August practice, an allegation that Meyer disputed. A spokesperson for owner Shad Khan released a statement to The Associated Press that said Khan made the decision to fire Meyer after the Jaguars' 20-0 loss in Tennessee on Dec. 12.

Pederson spent three seasons as Andy Reid's offensive coordinator with the Kansas City Chiefs from 2013 to 2015 before being hired to replace Chip Kelly in Philadelphia. The Eagles drafted Carson Wentz second overall and went 7-9 in Pederson's first season, but they went 13-3 in 2017, survived the loss of Wentz late in the season when Nick Foles got hot, and won the franchise's first Super Bowl.

SEE ALSO: Doug Pederson ready for next chapter after departure from Eagles: 'I just don't dwell on it'

Pederson led the Eagles to two more playoff appearances in 2018 and 2019 and was fired after the 2020 season. He spent the past year out of football.

Caldwell went 62-50 in seven seasons as a head coach with Indianapolis (2009-11) and Detroit (2014-17). He led the Lions to three winning records and two playoff appearances in his four seasons. Detroit hasn't won more than six games in a season since he was fired following the 2017 season.

Bowles went 26-41 in five seasons as a head coach with the Miami Dolphins (2-1 in 2011) and the New York Jets (24-40 in 2015-18). He is in his third season as the Bucs' defensive coordinator under coach Bruce Arians and his defense stymied Kansas City quarterback Patrick Mahomes in Super Bowl LV.

Quinn went 43-42 in six seasons with Atlanta (2015-20) and led the Falcons to Super Bowl LI, where they blew a 28-3 lead and lost in overtime to New England. He is in his first season as the Cowboys' defensive coordinator under coach Mike McCarthy and was Seattle's defensive coordinator in 2013-14 when the defense powered the Seahawks to back-to-back Super Bowl appearances.

Hackett is in his eighth season as an offensive coordinator and his third with the Packers and Aaron Rodgers. He spent three seasons (2016-18) as the Jaguars' offensive coordinator under Gus Bradley and Doug Marrone. The Jaguars led the NFL in rushing in 2017 and reached the AFC Championship Game before losing to New England.

Eberflus is in his fourth season as Indianapolis' defensive coordinator under coach Frank Reich. He has twice led a defense that finished 10th in the NFL in scoring and the Colts are currently 11th. Eberflus has also coached under coordinators Rob Ryan and Monte Kiffin as a linebackers coach with Dallas.