Jalen Hurts asks Washington for response to railing collapse: 'I don't want it to happen again'

"That's a very tragic incident and it could've been much, much worse," the Eagles QB wrote.

Hurts narrowly escaped injury as fans fell onto the field as he walked into the tunnel.

Hurts narrowly escaped injury as fans fell onto the field as he walked into the tunnel.

On Tuesday, the Eagles QB sent a letter to the NFL and the team, saying: "I am writing to inquire what follow-up action is being considered."

"I tried to handle the situation with a lot of poise and show compassion for the people that fell down, really, but it could've been so much worse," Hurts said Tuesday. "It didn't hit me until after the fact, having time to reflect on it and think about it, so I just wanted to see what could be done to make sure it doesn't happen again. That's all I really care about it. That's a very tragic incident and it could've been much, much worse but I don't want it to happen again."

Andrew Collins, 26, of Brooklawn, New Jersey, was on the railing when it came crashing down.

"They didn't ask if anyone was hurt, and they sure as hell didn't ask if anybody needed medical attention," said Collins. "The only thing the staff said to us was to get the F off the field."

Washington released a statement Sunday evening, stating, "To our knowledge, everyone involved was offered onsite medical evaluation and left the stadium of their own accord. We're very glad no one appears to have been seriously injured. The safety of our fans and guests is of the utmost importance and we are looking into what occurred."

Mike Naimoli, a 26-year-old from Sicklerville, New Jersey, called Washington's statement "completely incorrect," saying that there was no medical assistance offered. Instead, he said they were told, "'Everybody get the F off the field,' and (they) quickly grabbed us away from Jalen and shooed us up into the stands."

A source tells ESPN that Prince George's County EMS personnel were on the scene within five minutes and began treating those who needed medical attention, including one media member who had been carted off and another fan. The source said they weren't aware of anyone else needing medical attention at that time.

The team is continuing to investigate the situation.

NFL spokesperson Brian McCarthy, in an email, said: "We are reviewing the matter with the club to understand what happened and to ensure it does not happen again."

Naimoli and his fiancée, 24-year-old Morgan French, also of Sicklerville, drove to the game with Collins and his girlfriend, 22-year-old Marissa Santarlasci.

Naimoli, who is seen on the video in the green Hurts jersey, said he began experiencing neck and arm pain, as well as a tingling sensation in the hand that he said got trapped underneath the barricade, shortly after the incident. He went to the Inspira Medical Center in Mullica Hill, New Jersey, Sunday evening to get checked out, and was fitted with a neck brace as he waited in the emergency room, he said. When he was discharged after 5:30 a.m. Monday, he was diagnosed with a cervical strain and a head injury along with elbow and knee contusions, documents show.

Collins said he was experiencing lower back pain and a pulled groin Monday, while Santarlasci and French said they suffered substantial leg bruising.

"I was the last person to fall," said French, who has a bruise that runs from the top of one hip bone down to her knee, to go with bruises on both shins. "I was on top of everyone so I quickly jumped up, and the security guard literally pulled me up by my two arms and got me off the field. I didn't have time to process. I was more so in shock."

ESPN and the AP contributed to this report. 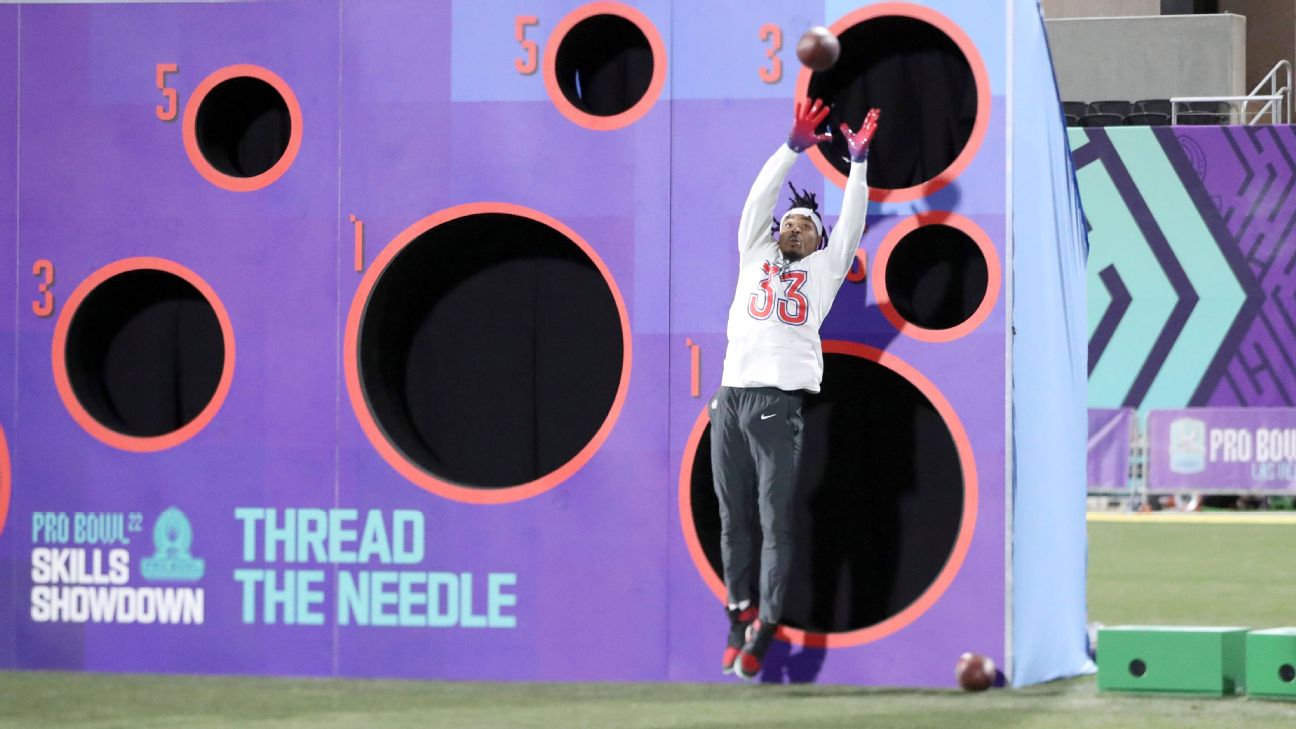 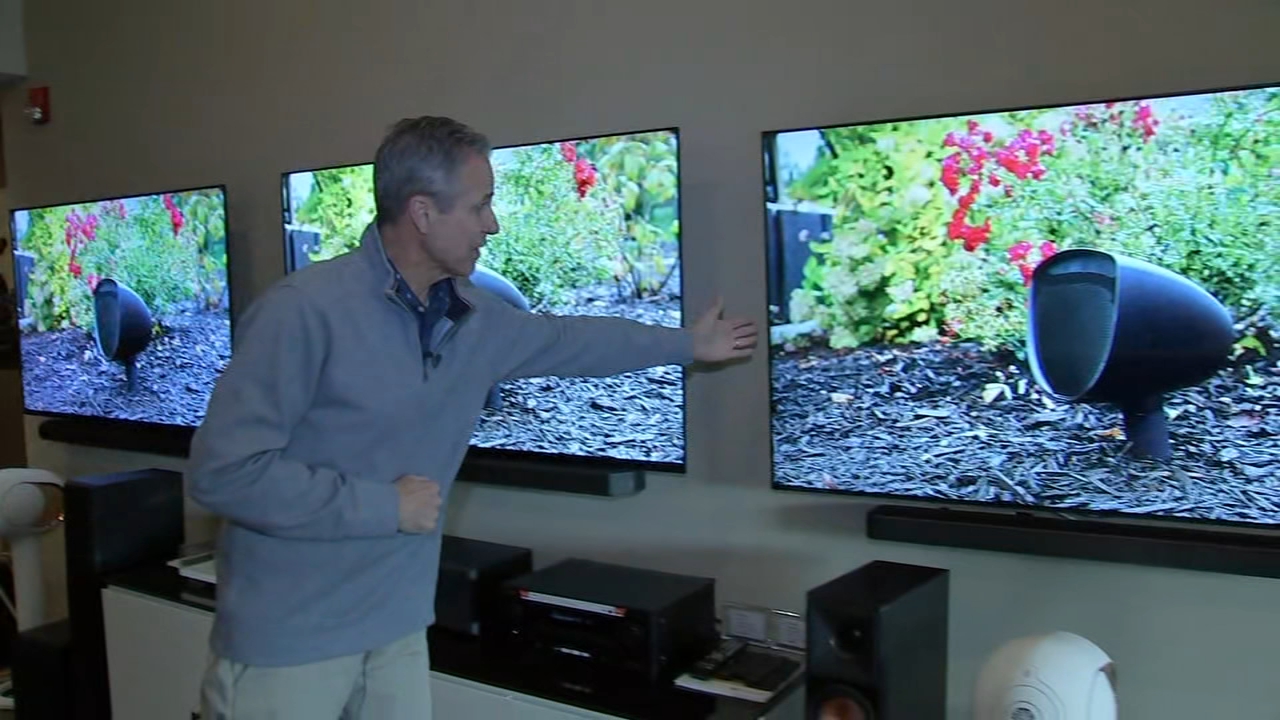 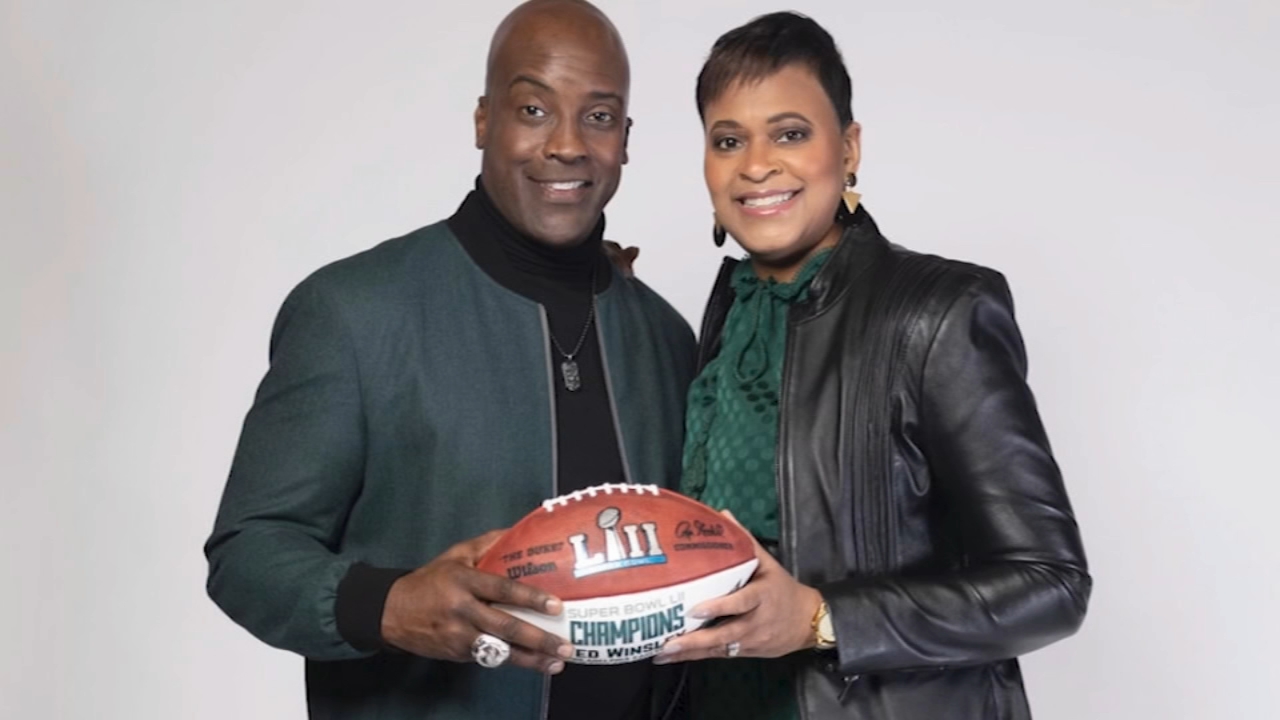