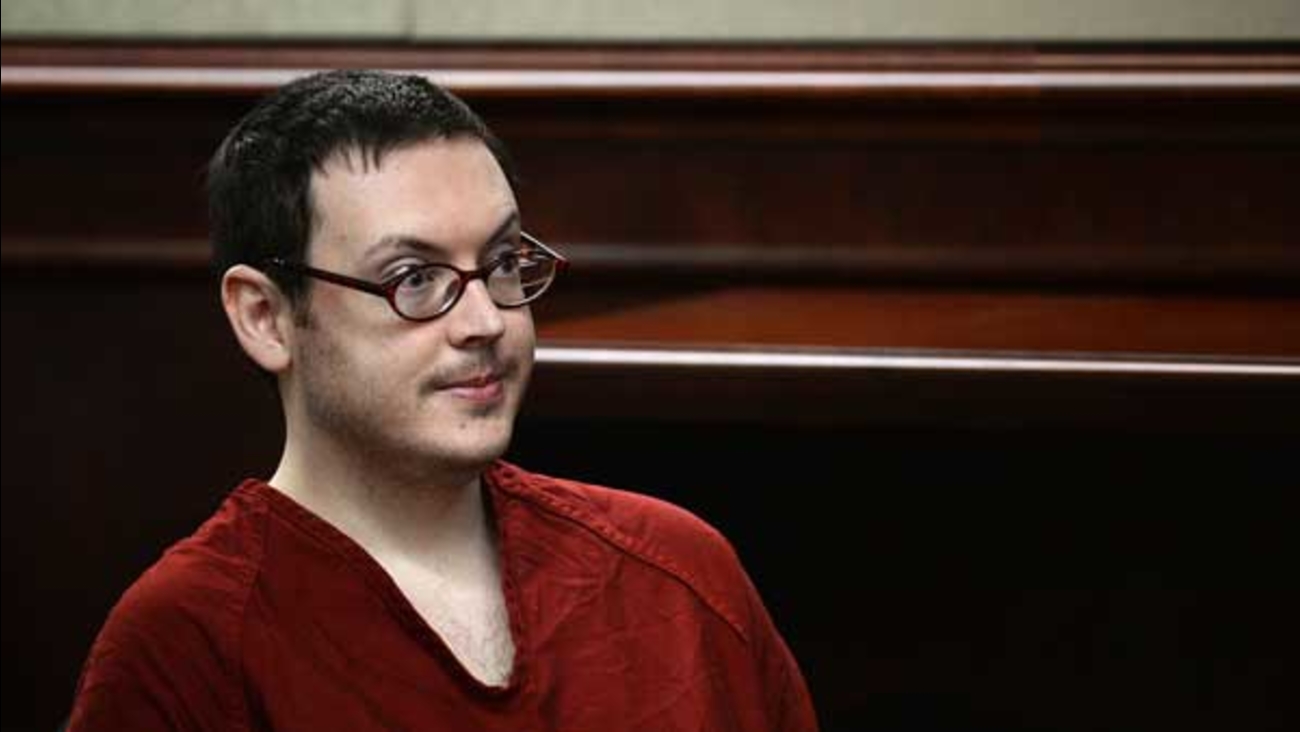 CENTENNIAL, Colo. -- James Holmes was an angry quitter who gave up on life and turned his hatred into murder and mayhem against innocent victims in a Colorado movie theater, the judge Wednesday before formally sentencing him to life in prison.

"It is almost impossible to comprehend how a human being is capable of such acts," Judge Carlos A. Samour Jr. said.

Samour also contrasted Holmes' bloody assault with the compassion of a juror who voted for a life sentence instead of the death penalty.

"At least one juror showed the defendant the mercy that he refused the victims that day when he went into that theater," the judge said.

Samour formally sentenced Holmes to life in prison without parole for the murders of 12 people. He also was sentencing to more than to 3,200 additional years for attempted murder and an explosives conviction.

The judge had no other sentencing option on the murder charges after a jury earlier this month did not unanimously agree that Holmes should get the death penalty. Samour issued his sentence after two days of testimony from survivors of the attack, including first responders.

But he first spent more than half an hour defending the integrity of the justice system and disputing complaints that the trial was a waste of time. He noted the proceedings gave family members an opportunity to tell the world about their slain loved ones and provided survivors the chance to talk about their ordeal.

The judge also said the trial was fair, even if some victims were disappointed that Holmes didn't get the death penalty.

Samour disputed some victims' suggestion that Holmes would have an easy life behind bars, noting prison is harsh and restrictive.

The formal sentencing followed two days of testimony from victims about the impact the shootings had on them, and a statement from Holmes' mother, Arlene, that her son feels remorse for his deadly attack on a Colorado movie theater.

She said his mental illness and medications make it hard for him to express it.

"We know that is very, very hard for people to see," Arlene Holmes testified during her son's final sentencing hearing. "We cannot feel the depths of your pain. We can only listen to everything you have expressed, and we pray for you... We are very sorry this tragedy happened, and sorry everyone has suffered so much."

With her husband, Robert, by her side, she was the final witness to take the lectern Tuesday, capping a sentencing hearing where more than 100 victims and survivors testified about the searing physical and emotional scars the 2012 shooting has left.

Jurors rejected Holmes' insanity plea, convicting him of murdering 12 people and trying to kill 70 others when he opened fire on a packed theater in suburban Denver on July 20, 2012. Prosecutors have said the jury was divided on the sentence, with 11 favoring death and one favoring life without parole. Under Colorado law, jurors must be unanimous to impose the death penalty, so Holmes automatically got a life sentence.

To the end, Holmes' state-appointed attorneys blamed the massacre on his schizophrenia and psychotic delusions. They said Holmes had been obsessed with the idea of mass killing since childhood, and he pursued neuroscience in an effort to find out what was wrong with his brain.

Prosecutors pointed both to Holmes' elaborate planning for the attack and his refusal to divulge to anyone - family, friends, psychiatrists - that he was thinking, and planning, murder.

Holmes stockpiled guns and ammunition and mapped out the Aurora theater complex to determine which auditorium would allow for the most casualties. He even calculated police response times.

Holmes' sentencing hearing was largely symbolic but gave scores of victims an unprecedented chance to vent their feelings to the judge. They told him of flashbacks and nightmares, of relentless survivor's guilt and enduring physical pain.