Protester who confronted Sen. Flake about Kavanaugh vote: 'Everyone had an impact' 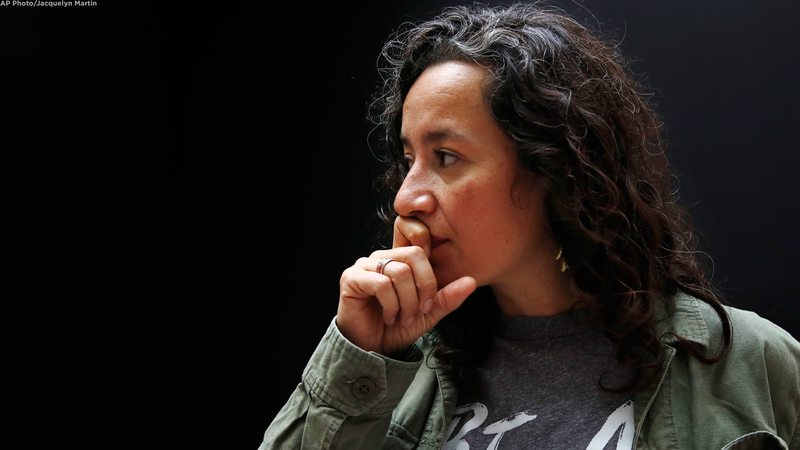 WASHINGTON -- Though the demonstrators who confronted Sen. Jeff Flake in an elevator over his support of Supreme Court nominee Brett Kavanaugh have found themselves in the spotlight for their emotional plea, they're crediting everybody who has spoken up with potentially changing Flake's mind.

"Everyone had an impact, and I think today Maria (Gallagher) and I just happened to be in the right place at the right time to deliver a final strong message to him," Ana Maria Archila, co-executive director of the Center for Popular Democracy in New York City, told ABC News.

"This is the result of everyone standing up - everyone who's been telling their stories and traveling to Washington, D.C., and going to visit their senators," she added.

Archila and Maria Gallagher cornered Flake as he got on an elevator Friday, pleading for him to reconsider his support for the appeals court judge who's been accused of sexual assault when he was a teenager.

Protesters confronted Senator Jeff Flake as he was headed to the committee room on Capitol Hill moments to vote on confirming Supreme Court nominee Brett Kavanaugh.

"I was sexually assaulted and nobody believed me. I didn't tell anyone, and you're telling all women that they don't matter, that they should just stay quiet because if they tell you what happened to them you are going to ignore them," Gallagher said.

"That's what happened to me, and that's what you are telling all women in America, that they don't matter," she said through tears.

"On Monday, I stood in front of your office," Archila added. "I told the story of my sexual assault. I told it because I recognized in Dr. Ford's story that she is telling the truth. What you are doing is allowing someone who actually violated a woman to sit on the Supreme Court."

Flake, cornered in the elevator, shifted between looking at them and looking down. He said, "Thank you," but didn't respond to questions on whether he believed Ford's testimony.

I feel relieved that @JeffFlake seems to have heard my and @AnaMariaArchil2’s voices in the Senate elevator today. We absolutely need an FBI investigation and for him and all Senators to vote NO. #StopKavanaugh pic.twitter.com/VnsfTIRGXJ

By the end of the day, Flake had reconsidered his support, adding a condition to his promise to vote for Kavanaugh. He'd do so, Flake said, if the vote was delayed a week so the FBI could investigate "credible allegations" against the nominee.

It wasn't clear that the raw, emotional elevator exchange changed Flake's mind by itself, but Flake didn't deny it was one of the factors that made an impression.