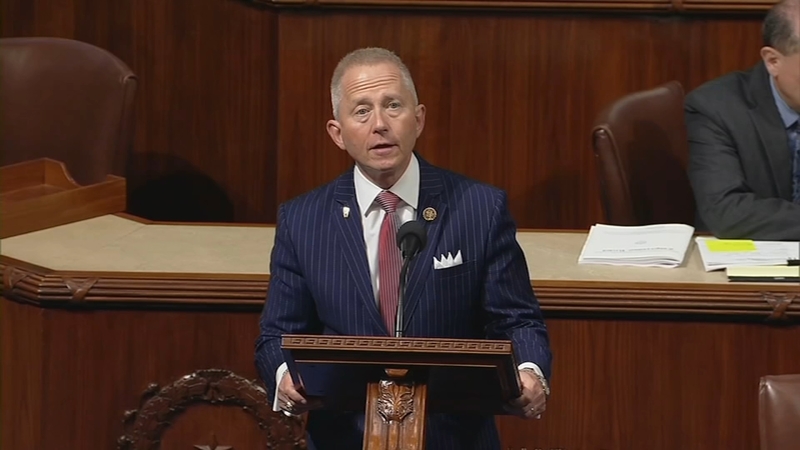 Four of at least six staffers for Representative Jeff Van Drew arrived at his Washington D.C. office Monday morning to turn in their badges. They confirmed they resigned over the weekend after learning Van Drew plans to switch from Democrat to Republican.

"I'm not for the impeachment of the president so if he's leaving his party for that reason I would support him," said Joseph Mesgleski of Point Pleasant Beach, N.J.

Van Drew has said he plans to vote against the impeachment of the president this week. Outside his Mays Landing office, we heard from Republicans and Democrats.

"I think it's a good thing that he switched parties because I think that Trump deserves a good fair share," said Cindy Laigaie, a Republican from Mays Landing.

"I did (vote for Van Drew) because he was the best choice at the time. I certainly won't again," said John D'Agostino, a Democrat from Mays Landing.

"I feel that he's changing parties because he feels he's not going to get elected next time as a Democrat," said Duke Doughty of Mays Landing.

Michael Suleiman, the chair of the Atlantic County Democratic Committee, called the freshman congressman a coward.

The Gloucester County GOP put out a statement Monday saying while they welcome Van Drew, he has to earn their trust.

"Mr. Van Drew needs to understand we have three qualified candidates seeking the Republican nomination in the 2nd Congressional District who have been working hard to gain county support, which means, if he plans on seeking the nomination, he has a lot of catching up to do," wrote Gloucester County Republican Chairwoman Jacci Vigilante.